Where Are America’s Laziest States? Hint: It’s Not Where You Think 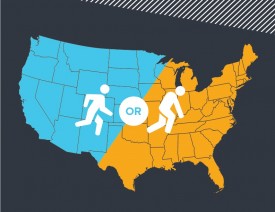 It seems the entire nation has been swept up into a collective fitness craze, with 5K selfies, FitBit stats and mud run check-ins peppering Facebook newsfeeds from Milwaukee to Miami.

But, where do the most active racers in America live?  The usual suspects may come to mind: California, Florida and Colorado, all states that tout active, outdoor lifestyles.   While the sunny states did indeed make the list, according to data from the ACTIVE Network Activity Cloud™ data insights platform, the top-ranked states actually span a wide variety of climates, scenery and economic conditions.

So, which states have the lowest rankings?  Well, let’s just say you may want to avoid relocation to Michigan, Wyoming and West Virginia if you’re looking for motivation on improving your mile time.  Each of these states reports less than three percent of their population as registered for endurance activities.

So, did your state make the cut for most active, or was it among the least?  Let’s discuss!

Rankings were provided by ACTIVE Network based on millions of endurance race registrations over 3 years of data from all 50 states and the District of Columbia. 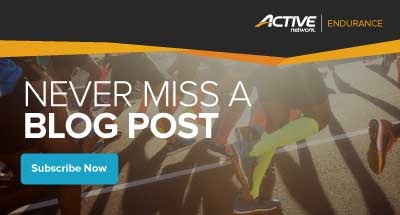