XLAB, the Leader in Bike Hydration, At it Again with New Mount-to-Any-Bike Hydroblade 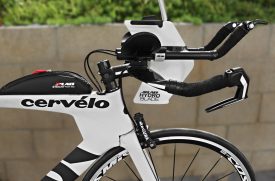 Hot on the heels of another Buyer’s Guide ‘Best in Class’ award, XLAB officially announces the Hydroblade, the newest addition to their award-winning bike hydration line-up.

Out of the box, the Hydroblade comes complete with easy clip-on clamps for triathlon and TT aerobars. The under-a-minute installation sets up with SecureClip brackets that don’t bounce, rattle or shift mid-ride. For most athletes, the system installs without the use of a single tool. The sleek, SecureClip design eliminates the need for extra home remedies –  including zip-ties, rubberbands and electrical tape – that athletes often turn to in order to secure their hydration systems.

Getting ready for the ride is easier than ever. The Hydroblade’s flat bottom allows the bottle to stand upright on the counter when filling or refrigerating.

Explore more on the Hydroblade at:

ABOUT XLAB: Innovations spark changes and drive the future forward. In our several decades of experimenting, tweaking and testing, we’ve launched dozens of industry-first bicycles and accessories, constantly leaving competitors in our wake of innovation. This curiosity constantly drives us out on the bike, whether it’s commuting, racing, adventuring until our phones lose signal or out on the neighborhood trails pushing to beat last week. You’ll see it in everything that we’ve done – launching equipment destined to explore the stars, vehicles meant to slice through the ocean at remarkable speeds, and standard-shattering designs to clinch yellow jerseys in the Grand Tours and bring home world titles on the lava fields of the Queen K Highway. For the world’s best in speed, safety and comfort – you can trust XLAB. 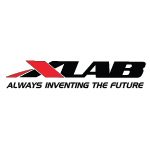