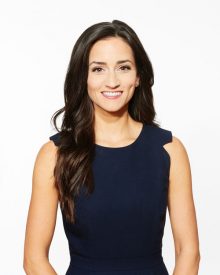 (Boulder, Colorado, USA — April 12, 2019) — Pocket Outdoor Media today announced that Jen Ator has been appointed Editor-in-Chief of Women’s Running, the world’s most popular resource for women who love to run. Drawing on more than a decade of experience in the health and fitness industry, Ator will grow the Women’s Running brand across all platforms with a renewed focus on community engagement and service journalism.

“Jen is the real deal,” said Erin Beresini, Pocket Outdoor Media’s Editorial Director. “She is a respected industry leader who truly walks the walk–both as an immensely talented editor and a passionate age-group athlete. She has an instinctive command of what the readers of Women’s Running want, and we can’t think of anyone better suited to take this brand to the next level.”

“I am beyond thrilled to be named the new Editor-in-Chief of Women’s Running,” said Ator. “This brand already appeals to a huge audience of active women–exactly the kind of women I identify so strongly with. I can’t wait to help cultivate an even deeper and more impactful relationship with them as Women’s Running continues to grow as a driving market-leader and motivational powerhouse.”

Ator served as fitness director of Women’s Health magazine for ten years, where she oversaw all facets of the brand’s fitness and active lifestyle content across print, digital, social, and video, as well as brand extensions like apps, DVDs, bookazines, and events. During her tenure, she led a number of successful multi-platform content programs, including the 2014 award-nominated “Mission Apolo: Built With Chocolate Milk,” which documented her training for and completing the Ironman World Championships alongside Olympic legend Apolo Ohno. She also developed the brand’s highly-respected product reviews, including the industry’s first-ever Fitness Awards, and spearheaded Olympic coverage across all platforms, most recently serving as an accredited correspondent at the 2016 Rio Summer Olympic Games.

Ator is a certified strength and conditioning specialist (CSCS) by the National Strength and Conditioning Association and the author of two books, Fitness Fix and Shape-Up Shortcuts. She is a sought-after public speaker and has regularly appeared as a guest expert on television programs such as Today, Good Morning America, Access Hollywood and Extra. In addition to countless shorter-distance races, Ator has completed half of the Abbott World Marathon Majors, most recently finishing Tokyo Marathon in March. Her next race is the Bolder Boulder, where she will be relocating in the coming months.

Women’s Running is the most popular resource for women runners and is published by Pocket Outdoor Media, the leading publisher in endurance sports. From web to print, podcast to social, the most active and influential consumers in cycling, triathlon, and running engaged with our content 311 million times last year. Our brands include VeloNews, America’s leading bike racing media brand; Triathlete, the world’s #1 triathlon resource; Women’s Running, the most popular resource for women runners; Competitor Running, the most trusted resource for performance-minded runners; Bicycle Retailer & Industry News, the world’s leading bicycle trade journal; and VeloPress, the world’s leading publisher of books on endurance sports. Pocket Outdoor Media is headquartered in Boulder, Colorado. See more at pocketoutdoormedia.com.

View all Releases by POM_Market