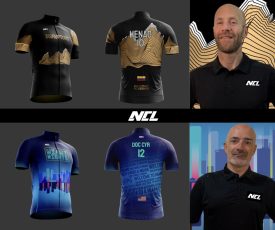 In addition to the NCL races, the Disruptors and Nights will compete in a full racing season, including road races and stage races. The NCL Crit Racing Tour events will feature an innovative competition format wherein men and women compete on the same team, on the same course, in a way that respects their differences yet weighs their performances and values their contributions equally. Fans will have unprecedented access to rider biometrics and in-race data through the NCL’s proprietary technology platform. Races will feature 10 teams competing for a record-setting $1 Million prize purse across a series of four criterium-style races

“The Denver Disruptors and Miami Nights are the start of a revolution in American professional cycling,” said Reed McCalvin, VP of Teams and Athletes. “There is so much untapped cycling talent out there and we’ve rewritten the team model to showcase top-level pros and provide a pathway to success for our development riders. We’re excited that our vision for professional sports – the first gender equal and gender integrated professional sports team concept – combines both men’s and women’s racing and creates opportunity for teams in the United States to grow.

To make sure athletes have the resources to compete at their best, all 32 NCL athletes receive annual salaries in addition to racing for a share of the $1 Million prize purse and prize money from races throughout the season.

“Denver Disruptors’ greatest advantage is that we have a healthy mix of experienced riders with incredible international palmares blended with a powerful younger generation that will be able to learn from their extensive knowledge,” said Tuft. “We also will be focusing on the culture of the group. I’ve seen many times over my career that a team that rides for one another is far more powerful than a group of big individual names.”

“I am excited to return to American racing to compete in this new and innovative series,” says Kirchmann. “The NCL will have a positive impact by engaging new fans into professional cycling, while also showing there is value in elevating all competitors equally.”

The Miami Nights will depend heavily on the experience of longtime pros Johnny Clarke, Frank Travieso, and Olympians: Daniely Garcia (Venezuela ’08, ‘12) and Paola Munoz Grandon (Chile ’04, ’12, ‘16). Sebastian Alexandre, an experienced sporting director who previously led United Healthcare and Jamis teams, will be the team’s Head Coach.

“The NCL will take criterium races to the next level. The riders will compete in a different style, bringing some of the style of track racing into the streets, where everyone can see and be a part of it,” commented Alexandre. “Cycling is an individual sport, but it is raced as a team and NCL’s goal is to increase the level of teamwork. Both teams – women and men – will race separately but will score for ONE team, and that’s unique.”

Compared to the Denver Disruptors, the Miami Nights is brimming with high-speed track and criterium specialists. Austrian Verena Eberhardt is a 20x Track National Champion, Dr. Andrea Cyr sports medicine professional and one of the top criterium racers in the U.S., Venezuelan Clever Martinez notched 5 wins and 30 top-5 finishes for the Miami Blazers in 2022, and Mexican Alfredo Rodriguez finished 2nd Overall in the 2022 Saint Francis Tulsa Tough.

“The NCL is elevating criterium racing to its rightful status in the top tier of international professional cycling,” said Martinez. “I’m excited to race with and against stars from the road and track and bring the speed, skill, and entertainment of criteriums to fans everywhere.”

The NCL will launch in 2023 with 10 teams of professional cyclists competing for a record-setting $1 Million prize purse across a series of criterium-style races in four major markets: Miami Beach, Fla.; Atlanta, Ga.; Denver, Colo.; and Washington D.C.