The BibRave 100: A Definitive List of the Best Races in America, Returns for 2019 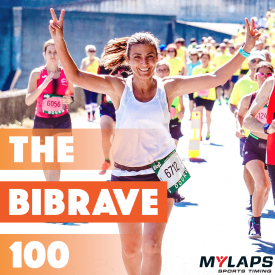 Portland, OR – BibRave, the running industry leader in grassroots digital marketing, recently opened nominations for the 3rd edition of The BibRave 100: A Definitive List of the Best Races in America, welcoming back MYLAPS as sponsor for 2019. The list will also feature a reimagined format that highlights new race distances and categories from across the running and racing events in the U.S.

After another successful list in 2018, which was covered in several Runner’s World pieces (70 American Road Races Every Runner Should Finish and 10 Bucket List Marathons You Should Run in 2019), the 2019 version of The BibRave 100 is poised to make an even bigger impact on runner registrations and travel plans.

In 2019, The BibRave 100 features new distances and categories to highlight additional events for runners to consider. Runners will still vote on the top 20 Marathons and top 20 Half Marathons, but for the first time, The BibRave 100 will include a composite category of the 25 best races at or below 10 miles. That means runners can now nominate and vote for their favorite 1-mile, 5K, 10K, 15K, and 10-mile races.

As with past years, The BibRave 100 will also feature three non-distance categories, including the top 10 Themed Races, the top 10 Races with the Best Medals/Swag, and the top 10 Race Weekend Experiences. Lastly, The Green Lion Award, which recognizes innovators in sustainability, returns to honor the top five races that have integrated sustainable practices into their race operations to reduce the carbon footprint of their event. Some examples include: recycling and composting, sourcing recycled swag and local, organic food, reducing waste and donating leftover materials, and providing tap water solutions in place of small plastic water bottles.

Nominations for The BibRave 100 2019 opened July 8th and run through July 31. Voting on the finalists will then take place from August 12th to September 2nd. The final results will again be announced at an awards luncheon at The Running Event in December.

Each race that makes the list will also get help from “Benjamin,” The BibRave 100’s plush lion mascot, plus a social media and press toolkit to help them use their inclusion to publicize and market their race.

“BibRave is all about highlighting and elevating the best races, and The BibRave 100 is an easy-to-reference guide of what races really deserve a place on a runner’s calendar,” said Tim Murphy, Co-Founder of BibRave. “2018’s list was a huge hit and races continue to blow us away by creatively using their spot on The BibRave 100 to promote their race.”

Between now and July 31, anyone can nominate a race for inclusion into The BibRave 100. After the nomination period has closed, a public runner vote will take place from August 12th to September 2nd, the results of which will decide the final order of The BibRave 100. For more information on dates and how the list will be created, see the FAQ section for more details, as well as The BibRave 100 Nomination Page.

BibRave works with races and brands to help them engage with runners and ultimately drive more sales and registrations. Through their large network of running bloggers (BibRave Pros), their popular Twitter event (#BibChat), and their new Podcast (The BibRave Podcast – for Apple or Android) BibRave helps endurance brands and races go beyond simple advertising and truly connect with more runners.

The company’s consumer-facing product is a race review site where runners can learn about a race before signing up, and leave feedback after the event. The company launched in late 2013 in the Midwest and is now based in Portland, Oregon.