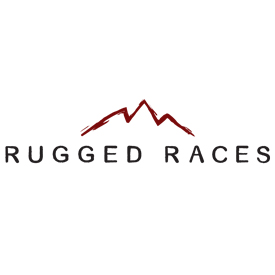 These acquisitions are the latest in a series of moves by Rugged Races over the past two years to grow its portfolio of endurance events into one of the largest in the United States.  It now owns over sixty events, ranging from marathons and cycling events to trail runs and obstacle course races, with more acquisitions already in the pipeline.

“We are thrilled to announce these new additions to our rapidly-growing endurance event portfolio,” said Rob Dickens, Senior Vice President of Rugged Races.  “While each of these races were already well-produced events, we saw an opportunity to achieve significant attendance growth by utilizing our proprietary production methods, as we have done with all of our acquisitions.”

Rugged Races most recently turned around the Milwaukee Marathon, which it purchased in 2018 after two consecutive years of controversy following course measurement issues.  It more than doubled the number of runners in its first year producing the event, attracting 7,500 participants – up from 3,600 the year before – while also correcting the production issues that had plagued previous iterations.

Founded in 2008, the Providence Marathon last took place on May 5, 2019 with around 3,000 runners across the marathon, half marathon, and 5K distances.  Previously called, “Rhode Races Providence,” Rugged Races has since renamed the event, “The Providence Marathon,” to better reflect its position as the only marathon in Providence.  Learn more at www.providencemarathon.com.

Founded in 2009, the Santa Rosa Marathon last took place on August 26, 2018 and had over 4,000 runners across the marathon, half marathon, 10K, and 5K distances.  This race through scenic California wine country is a great destination event and includes a bottle of wine, t-shirt, fleece, and medal.  Learn more at www.santarosamarathon.com.

Founded in 2016, the Best Damn Race Jacksonville Half Marathon last took place on January 12, 2019 with around 1,700 runners across the half marathon, 10K, and 5K distances.  Rugged Races has since renamed the event the “Times-Union Half Marathon” in partnership with the Florida Times-Union newspaper in Jacksonville.  Learn more at www.timesunionhalf.com.

Founded in 2011, the Bicycling Magazine Fall Classic last took place on October 1, 2017 with around 1,400 riders in Allentown, PA.  Rugged Races will produce its first iteration of this race in October 2019.  Learn more at www.bikefallclassic.com.

For more information on Rugged Races and its portfolio of events, visit www.ruggedraces.com.

About Rugged Races
A New Media Investment Group company, Rugged Races was founded in 2010 by former attorneys Brad Scudder and Rob Dickens to produce the popular obstacle course race series, Rugged Maniac.  Despite intense competition from the likes of Spartan Race and Tough Mudder, the series quickly expanded to thirty-one cities to become the third largest OCR in North America following a $1.75 million investment from Mark Cuban in 2014.

Recognizing that their expertise in event production could be applied to any type of event, the duo began acquiring underperforming endurance races and rapidly turning them around through improved production methods, superior marketing strategy, and a heightened focus on participant satisfaction.  Rugged Races now owns over sixty events across North America, ranging from marathons and cycling events to trail runs and obstacle course races, with more acquisitions planned for the future.  For more information, visit www.ruggedraces.com.

About New Media Investment Group
New Media Investment Group Inc. (NYSE:NEWM) is focused primarily on investing in a high quality, diversified portfolio of local media assets, and on growing our digital initiatives such as ThriveHive, a digital marketing services business.  Our print and online products focus on the local community, primarily covering topics such as local news, politics, community and regional events, youth sports, and local schools. As a result of our focus on small and midsize markets, we are usually the primary or sole provider of comprehensive and in-depth local market news and information in the communities we serve.  85% of our daily newspapers have been published for more than 100 years and 100% have been published for more than 50 years. Our strategy is to acquire and operate traditional local media businesses and transform them from print-centric operations to dynamic multi-media operations, through our existing online advertising and digital marketing businesses.  New Media is externally managed and advised by an affiliate of Fortress Investment Group LLC, a global investment management firm.  Learn more at www.newmediainv.com. 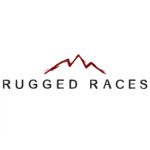 View all Releases by Rugged Races

Peloton Recalls Pedals That Might Break on 27,000 Stationary Bikes

Two COVID-19 positives for USA Cycling ahead of MTB Worlds.