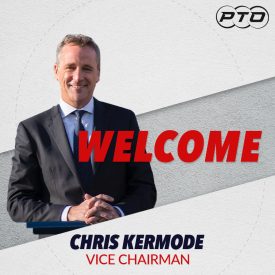 LONDON, ENGLAND: The Professional Triathletes Organisation today announced that it has appointed Chris Kermode as its Vice Chairman and member of the Board of Directors. Chris started his career as a journeyman tennis professional from 1985-1988, after which he held a number of leadership positions in tennis. From 2013-2019, Chris served as Executive Chairman and President of the Association of Tennis Professionals.  As head of the ATP, Chris was responsible for promoting global tennis to the next generation of fans and attracting new audiences with innovative broadcasts and formats.  Under his leadership, he transformed the ATP’s season-ending World Tour Finals at the London O2 Arena into the largest and most successful indoor tennis event in the world and launched the Next Gen Finals to showcase the world’s top tennis professionals aged under 21. During Kermode’s tenure at the ATP, the amount of prize money paid in men’s professional tennis increased more than 70%.

Charles Adamo, Executive Chairman of the PTO commented, “We are very fortunate to have Chris come on board as Vice Chairman of the PTO. From his start as a professional player, Chris has experienced the formation of the ATP Tour in 1988, when tennis professionals sought to have a greater say in the growth and direction of their sport–the position professional triathlon finds itself in today.  Chris rose to lead the ATP and helped fuel unprecedented growth in prize money and revenues in professional tennis. We are privileged he has agreed to devote his talents and experience to triathlon and the PTO.”

Kermode stated, “The PTO business model and the triathlon market is compelling, and I am excited about helping the PTO achieve its goals. The PTO has many similarities to professional tennis which began to boom once the professionals started to act together to promote the sport and engage and expand their fan base. Given the decline in participation in sports like tennis and golf and the growth in triathlon, cycling and other endurance sports, professional triathlon has enormous potential to develop into a mainstream sport. This will require a unified front from the professionals and aligned interests with the commercial partners. That is why the unique ownership structure of the PTO, where the professionals and Crankstart Investments have equal interests in the success of the venture, is so valuable and why I am confident that the PTO can be the catalyst that turns triathlon into more of a mainstream sport.”

Rachael Joyce, Co-President of the PTO, stated, “It is a real pleasure to have Chris join the PTO in a leadership capacity. His background as a professional tennis player and business leader will address both the interests of professional triathletes and the commercial concerns of the organisation. It is a tribute to the PTO business model and the sport of triathlon that we have been able to attract someone of the calibre of Chris to help the PTO grow and thrive.”

About The Professional Triathletes Organisation

The Professional Triathletes Organisation is a not-for-profit entity representing the body of professional triathletes. The PTO seeks to showcase the passion, talents, determination, struggles and achievements of the dedicated professionals who strive to realise the highest levels of the sport and inspire all those who are a part of the triathlon community.