PeopleForBikes Coalition Board Meets to Welcome New Members and Discuss Infrastructure, Data, and Participation Goals for 2023

BOULDER, COLO. /ENDURANCE SPORTSWIRE/ – The PeopleForBikes Coalition Board of Directors, composed of 22 of the bicycle industry’s top leaders, met virtually for their semi-annual gathering on December 14.

The board’s main topic of discussion was reviewing the organization’s top strategic initiatives for 2023, primarily focused on PeopleForBikes’ next generation of place-based advocacy campaigns aimed at accelerating the construction of safe and connected bike networks and recreational trails nationwide.

“It is no secret that the largest barrier to bicycling participation in the U.S. is a lack of access to safe bicycle infrastructure close to home,” said Chris Speyer, vice president of merchandising product and co-op brands at REI and chair of the PeopleForBikes Coalition Board. “I encourage all members of the industry to support PeopleForBikes in this ambitious campaign and get involved with local efforts to improve infrastructure in your own communities.”

The board approved the organization’s 2023 budget as well as recipients for PeopleForBikes’ Industry Community Grants program, funding 11 projects for a total of $92,000. The selected projects will support better bike infrastructure and improved access to bicycling nationwide. You can read more about the funded projects here.

Patrick Hogan, PeopleForBikes’ senior research manager, provided an update on the organization’s aggressive three-year plan to expand research and data offerings for the bike industry. Heading into year two, program goals are focused on providing the industry with a more comprehensive view of bicycling in the U.S. to help brands and dealers better prepare for the future.

“I am excited to be joining such a talented and influential group of bike industry leaders,” said Pankow. “Being able to set competition aside to unite under a common goal will be increasingly important for the future of our industry and the planet, especially heading into the uncertainty of 2023.”

“It is an honor to both join the PeopleForBikes Coalition Board of Directors and take on this lead role guiding and supporting the BPSA TAC,” said Munhall. “Giant has long been a supporter of PeopleForBikes’ work, and I look forward to further strengthening our commitment to more and better bicycling across the U.S.”

Finally, President and CEO Jenn Dice and Vice President of Business Network Ravi Rajcoomar led a discussion on how PeopleForBikes can help support youth bicycling. An overview of PeopleForBikes’ current efforts was followed by breakout sessions where board members discussed other ideas to grow youth participation across the U.S.

“Getting more kids on bikes today is critical to the healthy future of our industry and PeopleForBikes’ vision of becoming the best bicycling nation in the world,” said Dice.

PeopleForBikes Coalition Board of Directors

PeopleForBikes is making biking better for everyone by uniting millions of Americans, thousands of businesses and hundreds of communities to make every bike ride safer, more accessible, and more fun. The PeopleForBikes Coalition has 325 supplier members and 1.4 million supporters in its grassroots network. When people ride bikes, great things happen. Join us at PeopleForBikes.org. 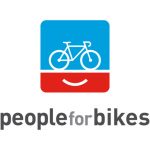