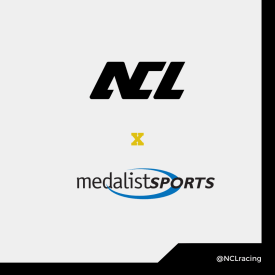 “You need a great team to bring new ideas to life, and for the National Cycling League that means leveraging talent with experience in professional cycling and incorporating new viewpoints from business professionals in and out of the sports entertainment industries,” said NCL CEO, Co-Founder, and serial entrepreneur Paris Wallace.

Medalist Sports, based outside of Atlanta, GA., is the leading cycling event production organization in North America, having produced nearly every major professional cycling event in the United States over the past 30 years. The company originated with the famed Tour DuPont in the 1990s, and followed by the Tour de Georgia, Amgen Tour of California, Tour of Missouri, Tour of Alberta, USA Pro Challenge, Colorado Classic, Maryland Cycling Classic, as well as multiple USA Cycling national championships and UCI world championship events across all disciplines (road, track, cyclo-cross and para-cycling).

“Medalist Sports is eager to create safe and exciting racing experiences for all key stakeholders of the National Cycling League, as well as collaborate with our host city and community partners. The team’s focus is to create innovative, impactful, and engaging fan experiences across the country,” said Medalist Sports Owner and President, Chris Aronhalt. “The NCL is the most promising development in American professional cycling in decades.”

Recognized experts on entrepreneurship and athlete management, NCL Co-Founders Paris Wallace and David Mulugheta understand the value of bringing together great talent. To execute on the NCL’s ambitious goals, they assembled a leadership team with a range of experience and skill unprecedented in professional cycling.

Prior to the NCL, Reed McCalvin managed numerous cycling teams including Hagens Berman AXEON, L39ION, and Israel Cycling Academy. In addition, Reed was part of TeamUSA fot the 2016 Rio Olympics and for the UCI World Championships from 2010 to 2018. Reed served in the 82nd Airborne.

Tim Miller, Vice President of the Race Series, is responsible for the development, management, and production of all NCL’s races and host city relationships. Tim began his career with Medalist Sports in the Tour DuPont era and was the COO of the organizing committee for the 2015 UCI Road World Championships. Outside of cycling, he served as Director of Sales and Marketing for ASM Global, where he oversaw marketing, communications, and sponsorship development for two performing arts and entertainment venues.

Rob Weir is responsible for the day-to-day operations of the NCL and provides strategic oversight of league initiatives. A graduate of the United States Military Academy at West Point, Rob earned an MBA in Economics, Econometrics & Statistics, and Operations Management from the University of Chicago Booth School of Business. Following his extensive military service, Rob was a consultant at Kearney advising Fortune 100 companies and foreign governments in the supply chain, organizational transformation, and economic development.

About the NCL
The National Cycling League, Inc. is revolutionizing cycling in the United States and building the professional sports league of the future – one that embraces technology, diverse ownership, gender equity, sustainability, and community investment. The NCL will launch in 2023 with a series of criterium-style races in four major markets: Miami, Fla.; Atlanta, Ga.; Denver, Colo.; and Washington D.C.

The NCL is currently working with USA Cycling on sanctioning the 2023 season. The league is looking forward to strengthening its relationship with the federation and all stakeholders to help grow and support the sport. For more information, visit www.nclracing.com.

View all Releases by Reed McCalvin