Historically Fast Times on Tap for Publix Atlanta Half Marathon

Historically Fast Times on Tap for Publix Atlanta Half Marathon

ATLANTA – February 15, 2022 /ENDURANCE SPORTSWIRE/ – After a stunning marathon debut in New York City last fall, Viola Cheptoo (Lagat) will return to racing at the Publix Atlanta Half Marathon on February 27 and attempt to become the fastest female half marathoner to ever break the finish tape on Georgia soil.

Cheptoo was the runner-up at the 2021 TCS New York City Marathon in the third fastest time in race history (2:22:44). She is part of an elite field that will lead the race back through the streets of Atlanta, Georgia for the first time since March of 2020.

Race organizer Atlanta Track Club announced a prize purse totaling $17,000 for the men’s and women’s race as well as a $2,500 bonus for the fastest half marathons ever run in the state of Georgia. Abdisamed Abdi (1:03:59) and Molly Seidel (1:08:29) currently hold those records, both set at this event in 2021 when it was held at Atlanta Motor Speedway due to COVID-19.

It will be Cheptoo’s first visit to Atlanta although her brother, Bernard Lagat, knows the city well. Lagat, a five-time Olympic medalist is the 2018 Atlanta Journal-Constitution Peachtree Road Race Champion..

“I am looking forward to it,” said Cheptoo, a Florida State University graduate who represents her home country of Kenya. “I want to do well and build a relationship with the community, as I am aware of all the good work done by Atlanta Track Club.” Cheptoo said the race will be a tune-up for the Boston Marathon in April.

Cheptoo will face competition up front from Dorcas Tuitoek whose 1:06:33 in 2019 is the fastest half marathon personal best amongst the elite competitors. The 24-year-old Kenyan ran her debut marathon in Valencia, Spain last December, placing 8th in 2:24:54.

Dakotah Lindwurm (St. Francis, Minnesota) leads a group of American women who also appear in the 2022 Boston Marathon’s elite field. Lindwurm ran 1:09:36, a personal best, at the Aramco Houston Half Marathon last month. “This race comes at a really good time,” Lindwurm said of her decision to come to Atlanta. “I’ve just really been enjoying the half right now.” Lindwurm, who famously ran with the lead pack in last fall’s Boston Marathon, is hoping to run 2:26 in that race when it returns to Patriot’s Day on April 18.

In the men’s race, Kenyan runners Benard Ngeno and Geoffrey Koech lead the field with half marathon personal bests of under one hour. Ngeno also made his marathon debut in Valencia last year running 2:07:18. Koech raced last at the Bahrain Royal Half Marathon in December placing 5th in 1:00:24. 2021 BMW Berlin Marathon runner-up Bethwell Yegon (Kenya) will be in the field as well, using the race as a tune up for the Boston Marathon.

The race marks a homecoming for Matt McDonald. The 10th place finisher in the 2020 U.S. Olympic Team Trials – Marathon is among the top Americans in the field. McDonald competed for Atlanta Track Club while pursuing his doctorate at Georgia Tech. He now competes for the Boston Athletic Association while working at MIT. McDonald will make the trip with his BAA teammate Jonas Hampton, who was eighth at the Trials in Atlanta. Rory Linkletter who set the Canadian half marathon record in Houston last month (1:01:08) also looks to be in the lead pack. 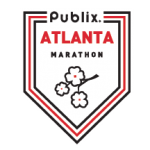