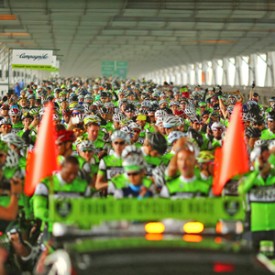 The MPCC was created on July 24, 2007 to defend the idea of clean cycling, in particular adhering to the strict code of ethics established by UCI.

“At GFNY, antidoping has not just been lip service,” says GFNY CEO Uli Fluhme. “We have done in- and out of competition testing at our races and don’t allow convicted dopers at any of the GFNY World events. While GFNY is not a professional race, it is open to professional racers, and professional racers have won several GFNYs. With this professional element GFNY touches the core of MPCC. It’s a no-brainer for us to support their mission.”

MPCC President Roger Legeay adds: “Joining MPCC is an important move because it shows unequivocal will to combat cheating and doping. MPCC Supporters are committed to respect MPCC’s philosophy including a ‘zero tolerance’ approach.”