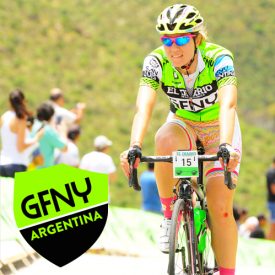 “I love our Latin American races because of people’s passion for life in general and now cycling in particular,” says GFNY CEO Uli Fluhme. “Europe is no doubt the heart of road cycling but I’m going out on a limb to say that Latin America has become its soul. Anyone who races for example GFNY Mexico City or GFNY Colombia will understand.”