Houston, Texas – Trail Racing Over Texas, organizer of the Brazos Bend 100 Trail Race, announces today that the signature event has sold out every distance. Brazos Bend 100 is the largest ultramarathon event in Texas and the site for the 2019 USATF 100 Mile Trail National Championship.

“I am really happy this year to be hosting the USATF 100 Mile National Championship and looking forward to putting on a world class event for everyone,” said Trail Racing Over Texas Race Director Robert Goyen. “We are always honored to be putting on the event with the support of Texas Parks and Wildlife alongside the amazing Brazos Bend State Park.”

The Brazos Bend 100, profiled in the 2016 short film Texas Trail Blazer, is one of the fastest 100 mile trail races in the United States. This event offers distances for all runners including 100 mile, 100 mile 6-person relay, 50 mile, marathon and half marathon races.

ABOUT TRAIL RACING OVER TEXAS

Trail Racing Over Texas (TROT) produces the largest trail running series in Texas with over 16 races offering a variety of distances from 5k’s to ultra-marathons, kids only races and night races. TROT is a community-based company that aims to involve and benefit local communities by giving back in various ways. TROT is also devoted to bringing greater awareness to the Texas State Parks and Wildlife Department by placing races in beautiful Texas State Parks. 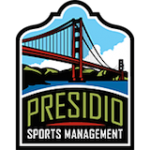 View all Releases by Christopher Douglas