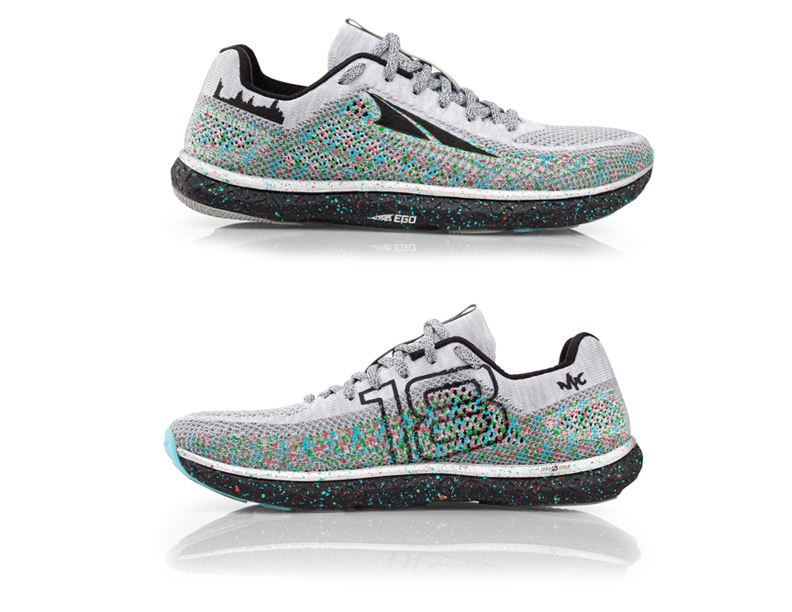 (Logan, UT – October 16, 2018) Altra’s newest edition of the popular Escalante Racer series showcases New York City. The heel collar features a skyline silhouette with famous landmarks like the Statue of Liberty, One World Trade Center and Empire State Building. The medial side has “NYC” in graffiti lettering along with a large “18” to highlight the year. Specks of color on the midsole and upper feel like big city lights across the black and gray concrete jungle color scheme. This racer is available for men and women in the same style.

The Escalante Racer – NYC has an engineered knit upper, making it ideal for racing tight corners and quicker movements on the course. Altra’s EGO™ midsole has been “race-tuned” to deliver more energy return for a more responsive ride. Altra added its Foot Pod™ technology, which allows natural flexibility on the shoe by mapping the bones and tendons of your foot. The Racer has a 22mm stack height and weighs just 6.8 ounces for men and 5.7 ounces for women.

The Altra Escalante Racer – NYC retails for $140 and is available on www.AltraRunning.com and at select specialty running retailers.