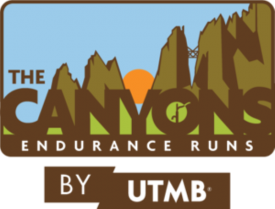 AUBURN, Calif. (April 23, 2022)/ENDURANCE SPORTSWIRE/ – In the second event in the 2022 UTMB® World Series, the world’s leading trail running circuit, and the first to take place in the United States, the 2022 Canyons Endurance Runs by UTMB® saw over 850 participants from 15 countries, regions and territories toe the start line on Saturday, April 23. The event offered some of the most spectacular racing on the planet as both elite and passionate runners from around the world converged in historic gold-rush town of Auburn, California for the start. 2022 Canyons Endurance Runs by UTMB® offered three demanding courses of 100km, 50km, and 25km which crossed some of the most scenic and challenging sections of the iconic Western States Trail, the world’s oldest 100-mile race.

“Canyons Endurance Runs continues to bring runners out who are looking for a challenge and a truly unique experience, and this year’s event was no exception,” said Chaz Sheya, Founder and Race Director for the Canyons Endurance Runs by UTMB®. “With some truly epic performances from some of the best up and coming runners, today’s races pinned some of the sports best against the most scenic and challenging sections of the iconic Western States Trail. We can’t wait to see what the future holds in the foothills of the Sierras.”

“I am really happy with the race,” said men’s 100km winner Adam Peterman. “It went as good as it could have gone for me. I learned a lot too because it wasn’t easy. This was also by far my longest race. I was in second for quite a while — from Forresthill to Deadwood, about mile 33 to mile 45. The last 10 miles were straight up hill, so that was tough, but I really wanted to win.”

For a while I thought I was in 12th place until the race director told me that I was leading the race!”
said women’s 100km winner Jazmine Lowther, “I came in aiming for a top ten and somehow I made it work.”

Starting from the old gold-rush town of Auburn, California, the birthplace of mountain ultras nestled in the northern foothills of the Sierra Nevada range, the 2022 Canyons Endurance Runs by UTMB® brought runners back to where it all started. Participants were treated to the challenging terrain and unforgettable Sierra vistas, oak and pine canopies, deep canyon gullies, and river crossings on old wooden bridges as they cover up to 16,000 vertical ft. through the Canyons between Devil’s Thumb and the famous river crossing at Rucky Chucky that evoke the history of the gold rush and the historical echoes of prospectors who followed the same trails over 150 years ago.

The UTMB® World Series is a revolution for the sport, that will bring the trail running community together through a new, integrated sports system that is open to all. Inspired by the high standards of UTMB®, runners are able to take part in the most beautiful events on the planet, and the UTMB® World Series will be the only place where runners can begin their quest to Mont-Blanc, France, where the prestigious UTMB® World Series Finals will be held. In-line with the rapid growth of the sport, events are being held across six continents, giving all runners more opportunities to live the UTMB® experience on a global scale.

Up in the Next UTMB World Series:

UTMB® World Series is scheduled to continue in 2022 when the series makes its way to Saugues, France for the 2022 Trail du Saint-Jacques by UTMB on June 10, 2022 and returns to the Unites States at the Speedgoat Mountain Races by UTMB® at Snowbird in Utah on July 23, 2022. To see the full schedule of UTMB® World Series events, visit www.utmb.world.

UTMB® World Series is the world’s ultimate trail-running circuit that unites the sport’s biggest stars and amateur runners through the best, leading international events in the most stunning locations.  Built on a passion for the mountains with sustainability at its heart, UTMB® World Series gives all trail runners the chance to experience the UTMB® adventure across the world, with events taking place across Asia, Oceania, Europe and the Americas in 2022. It is the only place where runners can begin their quest to UTMB® Mont-Blanc, France, where the prestigious UTMB®World Series Finals will be held. For more information, visit www.utmb.world.