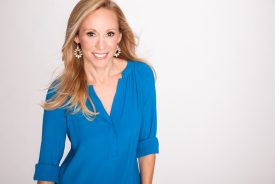 /ENDURANCE SPORTSWIRE/ – Dawna Stone has been appointed as the Chief Executive Officer of the Abbott World Marathon Majors (AbbottWMM). Based in Florida, the renowned entrepreneur will begin her role on 18 July 2022.

Stone joins the organization to spearhead the delivery of AbbottWMM’s vision to inspire the world through marathons, with an ambitious program of growth, not only with new events, but also through a deeper engagement of the hundreds of thousands of runners who are beginning their journey with the ‘Grand Slams’ of participatory sport.

She brings vast experience from the world of business and running to the role.

In 2004, she launched Women’s Running Magazine in the US and five years later she created the Women’s Half Marathon Series. Stone sold both successful companies to industry leaders in 2012.

Stone said: “I am excited to work with a first-class board, a passionate team, and exceptional partners to build on the legacy of the world’s six most prestigious marathons. Being part of the Abbott World Marathon Majors is truly a once-in-a-lifetime opportunity.”

Following victory on the Apprentice in 2005, a stellar career across a range of businesses followed including overseeing the transformational growth of Active Sports Network as Senior Vice President; President and General Manager of the multi-million-dollar PR Nutrition; Strategy Consultant at Deloitte Consulting and most recently she held the position of CEO at Running USA.

Carey Pinkowski, Race Director of the Bank of America Chicago Marathon, welcomed Dawna to the team saying, “We carried out an extensive search to find the right candidate for CEO of Abbott World Marathon Majors. Dawna’s business acumen, drive and knowledge of what inspires people to get active and take on the marathon journey was exceptional. We are delighted that she has agreed to lead the group into the next phase of our development.”

With her team she will focus on the continued drive to expand the global community of marathon runners through the range of programs operated by WMM including the Six Star Finishers program, the Global Run Club, and the AbbottWMM Wanda Age Group World Championships. The second edition of the World Championships will welcome runners from more than 90 countries and will take place on 2 October as part of the 2022 TCS London Marathon.

Aside from a flourishing career, Stone is a keen sportswoman running regularly and she has completed the Hawaii Ironman. She lives in St. Petersburg, Florida.

Encompassing an annual series for elite runners and elite wheelchair athletes, AbbottWMM also applauds the achievements and passion of everyday champions from around the world. The AbbottWMM Six Star System is an online results hub that celebrates every runner who has completed from one to six of the races in the series and encourages them to ‘Reach for the Stars’.

ABOUT ABBOTT
Abbott is a global healthcare leader that helps people live more fully at all stages of life. Our portfolio of life-changing technologies spans the spectrum of healthcare, with leading businesses and products in diagnostics, medical devices, nutritionals and branded generic medicines. Our 113,000 colleagues serve people in more than 160 countries.

Fitmint, a fitness app, secures a $1.6 million investment round from General Catalyst

A California REI Store is Looking to Unionize, Amid an Uptick in Retail Unions