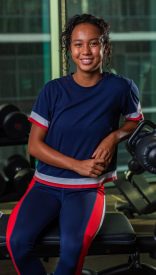 The fast-growing, multi-sport enrichment franchisor is developing content and clinics with the tennis phenom as part of its mission to impact one million kids annually

NEW YORK /ENDURANCE SPORTSWIRE/ – Youth Athletes United, the 285-unit multi-brand youth sports franchisor behind Soccer Stars, Amazing Athletes, TGA Premier Sports and JumpBunch, has announced a new partnership with tennis star Leylah Fernandez. As a brand ambassador for Youth Athletes United, Fernandez will be an inspiration to young athletes, not just to prove that they can achieve their professional dreams, but to teach children how they can become a better person by playing sports. As part of the partnership, Youth Athletes United also plans to help its TGA Premier Sports and Amazing Athletes franchisees grow their local programs while also bringing on additional franchise partners who see the direct impact of partnering with Fernandez.

Fernandez, 19, is blazing a path of success in the tennis world, coming off her finals appearance in the U.S. Open last year. She was the first Canadian female winner of a junior Grand Slam title since Eugenie Bouchard at the 2012 Wimbledon Championships. In March 2021, she won her first four matches at the Monterrey Open to reach the final – winning the first WTA title of her career. At 18 years old, she was the youngest player in the main draw and won without dropping a set during the tournament and is currently ranked #24 in the world. Fernandez was also recently named the 2021 Canadian Press Athlete of the Year

Adam Geisler, CEO of Youth Athletes United, expressed his admiration for Fernandez and recognized the impact she can have on young athletes.

“We chose Leylah for how she represents dedication, humility, determination, teamwork and sportsmanship while having fun doing it,” Geisler said. “At Youth Athletes United, we are trying to impact kids at the bottom of the funnel by being their first sport experience, and in doing so, we have a big opportunity – and more importantly, a responsibility – to provide programming that truly impacts these kids in a positive way.  Leylah will help our TGA and Amazing Athletes franchisees truly grow the game of tennis and multi-sport activities from the ground up”

Youth Athletes United will leverage the partnership with Fernandez as an ambassador via social media, digital class content, local franchise clinics, personal appearances and through local franchisee activation. Fernandez will play a role in co-branding clinics and classes for TGA Premier Sports as a way to encourage more young players to pick up tennis, both domestically and internationally. Additionally, the brand plans to work with Fernandez to help drive more free tennis programs in communities that do not have access or exposure to the sport.

“Growing up, I had a great childhood and played a lot of sports. I enjoyed it and learned a lot,” Fernandez said. “ I want to help inspire the next generation so that sports can have a positive impact on their lives. I was lucky enough to play different sports and I always remember the first time I played each sport. That’s a beautiful memory and I want kids to experience that. Partnering with Youth Athletes United is a great step toward that dream.”

At its core, Youth Athletes United is dedicated to introducing children to enriching recreational youth sports (including golf, tennis, soccer, baseball, football, hockey, lacrosse and more) that can help be developed throughout their lives, whether competitively or socially.

TGA Premier Sports provides introductory and recreational golf and tennis programs for athletes ages 6–14 at schools, parks, golf courses and tennis courts across the country. According to a study by the Sports & Fitness Industry Association, tennis and golf saw 22.4% and 13.2% participation growth in the last year, respectively. The rising interest in these sports and demand for lessons will help Youth Athletes United continue to grow, as families spend an average of $693 on one youth sport per year, driving the $19 billion youth sports market.

Established youth sports and activities brands Amazing Athletes, Soccer Stars and TGA Premier Sports come together under parent company, Youth Athletes United. With 15 – 20 years of success for each individual brand, a total 250+ units and 200,000+ children instructed nationwide each year, Youth Athletes United has earned trust in each community they touch. The brand’s overarching mission is to help the world understand that every kid is an athlete and ultimately impact the lives of over one million children.

TGA franchises can be found in more than 77 markets across 23 states (plus Washington D.C.). Its continued growth has impacted more than 825,000 youth and made these sports available to 1.75 million families through its education-based programs and the TGA Sports Foundation, which provides access for all children and promotes the physical, educational, social, and character-building elements of these sports. 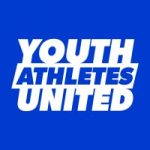