UltrAspire to Donate a Percentage of Black Friday Weekend 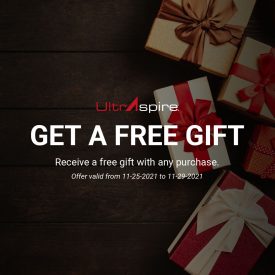 St. George, Utah /ENDURANCE SPORTSWIRE/ – “Brave Like Gabe” started as a hashtag to support professional runner Gabriele “Gabe” Grunewald as she sought treatment for her third battle with an incurable rare salivary gland cancer in 2017. As a professional runner and rare cancer advocate, Gabe founded the Brave Like Gabe Foundation to share her story, inspire others to connect and do the same, and to make a difference in the cancer community. During her cancer journey, Gabe experienced firsthand many of the challenges faced by rare cancer patients and the need for dedicated research funding. She also felt strongly that running and physical activity were like medicine during all phases of her cancer journey. Gabe passed away in June 2019 and her legacy with the foundation continues to inspire others to share their own struggles while also helping to find better and more effective treatments for rare cancer.

UltrAspire President and Head of Sales, Kevin Robison, in late 2020 disclosed to the team that he was facing a cancer diagnosis of his own. There was a period of adjustment for everyone at UltrAspire headquarters while supporting Kevin through his treatment and in February 2021, he was deemed in remission. “During my cancer journey, the support of friends and family has been incredible. It feels great that we now have the opportunity at UltrAspire to give back and pay it forward through the Brave Like Gabe Foundation.”

For Black Friday this year, UltrAspire will be donating a percentage of sales to the Brave Like Gabe foundation from 11/25/21-11/29/21 to support rare cancer research, a cause that we at UltrAspire feel very connected to.