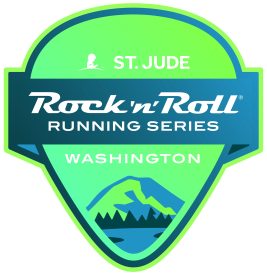 “I loved being up here in Bellevue, it was a beautiful morning and the course was very nice,” said Cook. “Rock ‘n’ Roll always puts on a nice event with the bands out there, I like cheering along for the bands as they push us forward. I’m very happy to finally win one up in Washington after coming in second and third a lot. I just knew I had to win one in Washington.”

A full-time triathlete, Kawaoka saw an opportunity to get in a race in her home state that she knew would push her to compete as she continues her preparation for the 2022 Intermountain Healthcare IRONMAN 70.3 World Championship presented by Utah Sports Commission in October.

In the men’s half marathon, Matthew Fox, 35, of Southport, Queensland, Australia currently living in Colorado followed in second with a time of 1:10:05 while Robby Webster, 32, of Tacoma, Wash. came in close behind and rounded out the podium in third with a time of 1:10:57.

Finishing just five seconds behind Cook, Fox enjoyed the experience as they battled for the lead throughout the course.

“It was good fun, we were playing a little game of cat and mouse with who was in front,” said Fox. “We had a bit of a chat and kept encouraging each other. The course was nice and very scenic and the crowd was much more than I was expecting.”

A Washington native, Webster was happy to see the local running community get an opportunity to showcase what makes the area such a destination for runners.

“I have a little bit of bias since I’m from here, but I thought it was a fantastic course,” said Webster. “It was fun and interesting the whole time. I was thinking to myself this morning how lucky I am to have a race like this in my backyard and it was an amazing atmosphere.”

Taking on the hills throughout the course, Sorell found solace in the downhill sections along the way to her second-place finish.

“It was very hilly, but I looked at the course profile beforehand,” said Sorell. “My favorite part of the course was about eight of us all balled up before the downhill and we were all chatting and just having fun. It was a great feeling of community.”

The race had extra meaning for Belzer as she was supported by friends and family, including her 15-month old daughter.

“There was a ton of people out there supporting and they made it a lot of fun,” said Belzer. “It was almost a four minute PR for me. My daughter is 15 months and she was able to be out on the course to see me between mile 7 and 8.”

It was a landmark race for Leah Reid, 44, of Vancouver, British Columbia as she took part in her 100th Rock ‘n’ Roll Running Series race.

“I thought it was a beautiful course,” said Reid. “I’ve been to Seattle a lot, but never to Bellevue. Beautiful tree-lined streets and perfect weather, you couldn’t ask for anything more.”

St. Jude Rock ‘n’ Roll Running Series Washington returned with a gorgeous urban tour of the city of Bellevue with live music and entertainment along the route showcasing the Most Physically Active Small City in the United States. Starting and ending at Bellevue Downtown Park, participants ran through Crossroads and Lake Hills before returning to downtown Bellevue and being greeted by cheering family, friends, and spectators. Several local bands, including the Nick Mardon Trio, Navy Band Northwest, Flashback Nation, and many more performed live on band stages along the route before Nevermind took the stage in front of a packed Bellevue Downtown Park as the Encore Entertainment presented by Amazon Music.

St. Jude Children’s Research Hospital® is leading the way the world understands, treats and defeats childhood cancer and other life-threatening diseases. Its purpose is clear: Finding cures. Saving children.® It is the only National Cancer Institute-designated Comprehensive Cancer Center devoted solely to children. Treatments invented at St. Jude have helped push the overall childhood cancer survival rate from 20% to more than 80% since the hospital opened in 1962. St. Jude won’t stop until no child dies from cancer. St. Jude shares the breakthroughs it makes, and every child saved at St. Jude means doctors and scientists worldwide can use that knowledge to save thousands more children. Because of generous donors, families never receive a bill from St. Jude for treatment, travel, housing or food, so they can focus on helping their child live. Visit St. Jude Inspire to discover powerful St. Jude stories of hope, strength, love and kindness. Join the St. Jude mission by visiting stjude.org, liking St. Jude on Facebook, following St. Jude on Twitter, Instagram, LinkedIn and TikTok, and subscribing to its YouTube channel.