Race Across America, Inc. Acquires “The 508” 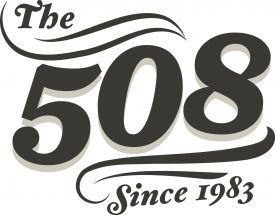 Boulder, CO /ENDURANCE SPORTSWIRE/ The management of Race Across America, Inc. (the Company) and its affiliate Team Get Outdoors, LLC (TGO) is pleased to announce they have acquired the Silver State 508 – formerly known as the Furnace Creek 508 or simply “The 508”.

The event was created in 1983 by John Marino, the godfather of ultra-cycling. Marino protégé and Solo RAAM finisher, Chris Kostman, took control in 1990. Through innovation, aggressive marketing and hard work, Kostman grew participation 10-fold. The 508 became an extremely popular event, attracting riders – solo and team – from nearly every state in America and countries all over the world. Along the way, Kostman, through his company Adventure Corps, developed other cycling and running events.

In 2016, after 27 years at the helm of The 508, Kostman decided to focus on the running world. CCSD Sport Event (CCSD), a Southern California event management company operated by Rob and Jo Panzera, acquired The 508. Not long after acquiring the event, Rob and Jo Panzera and their two children moved to New York to be closer to their family. As Rob and Jo’s familial responsibilities grew, they felt CCSD operating the event from a long distance did it a disservice and sought a competent event operator who was familiar with The 508 and would continue and expand upon its vision.

Earlier this year, the Race Across America, Inc. executive management team, Fred and Rick Boethling expressed an interest in the 508 and reached an agreement to acquire The 508.

Company President, Fred Boethling, explained the importance of the transaction, “While The 508 has been a RAAM Qualifier since day one, our agreement with CCSD is particularly meaningful in that it brings The 508 – the very first RAAM Qualifier – back within the RAAM organization.”

Company Executive Director, Rick Boethling, summed up his thoughts, “The 508 is iconic – the race has a rich tradition with a devoted following.  It’s not uncommon to spot vanity license plates with 508 “totems” at cycling events all over California. We are very pleased to have reached an agreement that brings the 508 back in-house and ensures the 508 tradition will continue.”

RAAM Qualifiers (RQs) play an important role in the sport of ultra-bicycle racing. The first RQ was designed to ensure RAAM participants had a reasonable chance of finishing The World’s Toughest Bicycle Race. Initially, RAAM was open only to solo racers.  Later 2, 4 and 8-person teams were added. The role of the RQ evolved – now the RQs provide opportunities for solo and team racers as well as their support crews to develop their skills under race conditions. Company management has worked diligently to build the RQ System. At present there are 52 races in 18 countries, the majority of which are independently owned and operated.

Race Across America, Inc. and Team Get Outdoors, LLC events

Race Across America, Inc. and its affiliate Team Get Outdoors, LLC are world leaders in the sport of ultra bicycle racing. The team owns and operates Race Across America –The World’s Toughest Bicycle Race, a 3,000-mile coast-to-coast race across the USA.  The team owns and operates 4 RAAM Qualifying events: Texas Hell Week, Longhorn 500 and Stampede 200; Race Across the West (RAW); Silver State 508 (The 508); and 6-12-24 Hour World Time Trail Championships (6-12-24 WTTC). In addition, the team manages the RQ System – 52 ultra-races in 18 countries.

More About Race Across America:  https://www.raamrace.org/