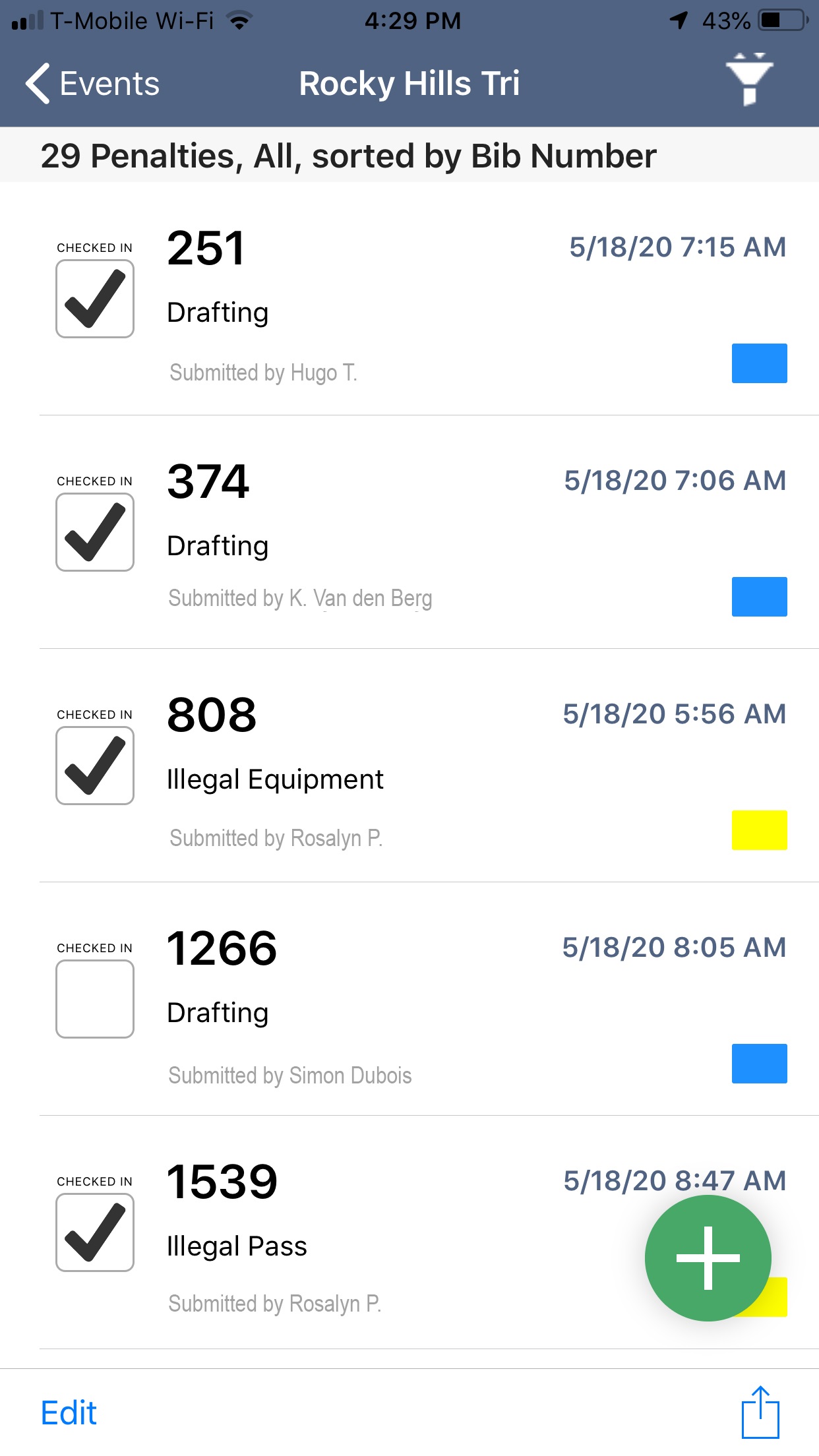 (Chicago, IL) – She was on the back of a motorcycle at one of the world’s largest triathlons when it hit her – the typical age grouper raced with thousands of dollars in state-of-the-art technology.

Advanced nutritional potions, progressive bikes, smart watches linked to Strava and electronic shifting were everywhere, yet the most advanced technology issued to her fellow referees was a pad of paper and a ballpoint pen. Not only was it frustrating, but it was very lopsided.

Triathletes train hard and count on officials to keep the race fair and competitive. However, there are times when the illegible handwriting of motorcycle-riding referees has nullified valid penalties on the course and possibly even impacted the awards podium. Off course duties are also very time-consuming having to collect penalty notebooks from each official, reconciling penalty tent logs, and completing violation paperwork – this cannibalizes precious time which could have been better spent keeping officials on course and further monitoring for fairness and safety.

Believing that the referees could do better, Rosalyn – a triathlon official and the app creator, was out to dinner at a local taqueria. The waitress was not writing down her taco carnitas order on a traditional notepad. Instead, she entered it on her phone which documented and communicated the order directly to the kitchen. This exchange planted the idea of a new way to document and communicate penalty information which evolved into the Penalty Tracker mobile app, used by triathlon officials electronically linking the entire officiating team.

Penalty Tracker eliminates errors due to clerical issues and does live reconciliation, negating the need for any paperwork. This new app uses simple “Tap & Go” input fields to record penalty details – documenting them digitally, organizing, sorting, and sharing them directly with the officiating team, each penalty tent and key race staff in real time.

The benefits of the app go beyond simple documentation of athletes caught in an infraction. Penalty Tracker heightens the integrity of each race by ensuring clerical errors are not going to sidetrack the enforcement of penalties needing to be served. Penalty Tracker is also an educational tool, with up to the minute data now available in the penalty tents, athletes have an opportunity to ask questions, learn about their violation, avoid duplication, and improve their race experience. The app also provides critical information for live, televised events. Commentators can identify newly issued penalties in real time, alerting their audience of impacts to professional athletes.

Penalty Tracker has been successfully used at dozens of races, including the Verizon New York City Triathlon, the cbdMD Chicago Triathlon and the Life Time Triathlon Minneapolis, with rave reviews. Referees were able to devote more time to race monitoring and were more confident in the results they saw reported. Even with the minimal number of officials in the referee pool, races can nearly double their officiating workforce at half the expense, while eliminating the need for additional motorcycles to be placed on what can already be a tight racecourse. Removing the need for officials to gather in person for notebook collection, amassing penalty tent logs and the task of completing paperwork is especially beneficial during COVID-19.

One official shared that they love the modern look it brings to triathlon officiating – showing that refs, too, now have tech that can rival the latest ultraperformance solar sport watch.

Penalty Tracker will proudly be running in multiple countries in 2021.

For more information or to see the app in action, visit www.PenaltyTracker.net

Rosalyn Popham has been a triathlete for the past 30+ years and an official for over 15 years. She is an Ironman Sr. Head Referee, the Head Race Official for the Life Time Tri Series, a World Triathlon Technical Official, as well as a CAT 1 USAT Official.

Penalty Tracker LLC was established in 2018, with the intent of merging technology with the triathlon official. The Penalty Tracker App was created to assist the officiating team in becoming more efficient, enabling penalty data to be readily available across the racecourse and to especially elevate the athlete experience.

View all Releases by Rosalyn Popham