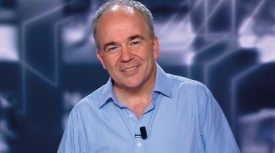 LONDON, ENGLAND: The Professional Triathletes Organisation today announced that it has appointed Peter Hutton, Director of Sports Partnerships at Meta, to its Board of Directors. In Hutton’s Silicon Valley based role at Meta, he is in charge of the company’s sports strategy and partnerships worldwide, helping rights holders, broadcasters, agencies, athletes and producers leverage and make the most from Meta’s suite of technologies; Facebook, Instagram, WhatsApp, Messenger, Meta Quest and Portal.

A hugely respected figure in the sports media industry worldwide, Hutton has been at the forefront of the sports industry for decades working for broadcasters, rights owners and major sports rights agencies. He has worked on every major sport event and worked extensively in both developed and emerging markets, launching and running sports channels across Europe, Asia, the Middle East and North Africa and the Indian sub-continent.

Prior to joining Meta as Head of Sport, Hutton was CEO of Europe’s largest sports channel, the Discovery-owned Eurosport, where he was instrumental in their growth and rebrand from an eclectic mix of sports rights to their acquisition of the Olympic Games and development as the ‘Home of Cycling’. Hutton also oversaw the expansion of the Eurosport Player subscription service into 52 markets and 20 languages.

Before Hutton’s 4 years in Paris at Eurosport, he was an executive at Fox International Channels, where he helped acquire Africa’s Setanta Sports and ESPN/Star Sports in Asia. He eventually became CEO of ESPN/Star Sports, Asia’s largest broadcaster, and led its rebranding into Fox Sports in Asia and India’s Star Sports. Hutton previously served in leading roles at agencies MP and Silva, where he was co-chief executive, and at IMG, where he launched their Indian office and developed their media business across Asia. He also spent 8 years in Dubai, as one of the founders of the ‘Ten Sports’ business and was CEO when the company was sold to India’s Zee TV.

Sam Renouf, CEO of the PTO commented, “We are very fortunate to have Peter join us as a member of the Board of Directors. Peter has vast experience in the ever-changing landscape of sports broadcast distribution and commercializing media rights. Generating exposure and awareness of both our PTO events worldwide and our PTO Professionals will showcase the excitement, rivalry and personalities of the sport to an engaged global network. Our aim is to grow the sport and make the superhuman exploits of the PTO Professionals household names and Peter’s experience will help us to do just that.”

Peter Hutton stated, “The sport of Triathlon has a hugely valuable demographic with some of the greatest professional athletes in the world. I am looking forward to helping the PTO elevate and showcase these incredible athletes with compelling content designed to increase exposure and engagement, and distributed via a global network of media outlets, across broadcast, digital and social to attract new fans. I’m delighted to have the opportunity to work on a sport that I have followed closely for many years, and with an organisation that has already brought together excellent sporting and executive talent.’

About The Professional Triathletes Organisation

The Professional Triathletes Organisation is a not-for-profit entity consisting of both men and women professional triathletes who have come together to form a representative body which not only gives them a meaningful voice in the way the sport operates but a means to contribute to its growth for the benefit of the entire triathlon community. The PTO seeks to showcase the passion, talents, determination, struggles and achievements of its dedicated professionals through iconic events, reimagined broadcast and compelling storytelling, inspiring global sports fans to watch, engage and participate in Triathlon.