Stephanie Howe earned her Ph.D. in Nutrition & Exercise Physiology from Oregon State University. After working as a professor and running her own business offering nutrition services, Stephanie decided to apply her education and athletic experience to coaching. As an athlete, Stephanie won the 2014 Western States Endurance Race and raced at the top of the sport for several years. She also has extensive experience in nordic skiing, skimo, cyclocross, gravel races, adventure racing, and climbing.

John Croom is a 3-time US National Champion in the 1-kilometer time trial on the velodrome, and he won a gold medal in the team pursuit at the 2019 Pan American Games. His journey to elite cycling and the CTS Coaching Staff began when a velodrome was built in his hometown of Rock Hill, South Carolina. Starting at 305 pounds, Croom used cycling to drop 100 pounds, and four years later won his first elite national championship. Even as he focused on track racing, he competed on the road, mountain bike, and gravel.

Sarah Scozzaro earned her Masters degree in Exercise Science with a concentration in Performance Enhancement and Injury Prevention, and has certifications in personal training and Restorative Exercise. A runner who was sidelined for 8 years by injuries, Scozzaro is devoted to helping runners stay healthy, strong, and uninjured. Since overcoming her own injuries, she has competed in and coached athletes for numerous 50k, 50mile, 100k, and 100mile ultramarathons.

CTS Founder and Head Coach, Chris Carmichael, said, “I am proud to welcome Stephanie, Sarah, and John into the CTS Coaching Staff. Coach development is one of the things CTS does best. Over the past 20 years, we have created education, mentoring, and professional development programs that have developed many of the industry’s top coaches, including coaches who have moved on to leadership positions in other organizations.”

A pioneering company in the endurance coaching industry CTS has improved the performance of more than 20,000 athletes since 2000. Founded by renowned coach and author Chris Carmichael, and home to more than 50 professional coaches, CTS seeks to change lives and ultimately the world, through the power of movement, healthy habits, knowledge, and inspiration. The company provides personal coaching, training camps, and Endurance Bucket List experiences to athletes of all ability levels. For more information, visit www.trainright.com. 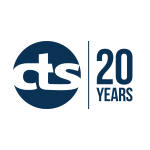