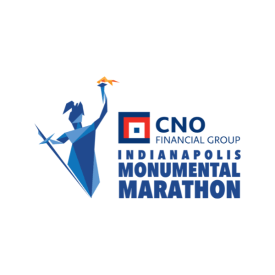 Indianapolis /ENDURANCE SPORTSWIRE/ – For the 10th consecutive year, the CNO Financial Indianapolis Monumental Marathon has reached participant capacity. Fittingly, the 15th Anniversary event will host 15,000 endurance athletes from across the globe, competing in distances of 26.2 miles, 13.1 miles, and 5K. A waitlist is now available and participants will be allowed to register as space permits.

Race weekend will kick off on November 3 and 4 with the Monumental Health and Fitness Expo at the Indiana Convention Center (Hall J), featuring packet pickup, official Brooks merchandise and more than forty health and wellness vendors. In addition to the more than 15,000 participants converging in Indianapolis, the event will attract more than 50,000 visitors to the Circle City for race weekend festivities.

Running through the heart of downtown Indianapolis on November 5, and the city’s historic and scenic neighborhoods, the CNO Financial Indianapolis Monumental Marathon has grown into one of the 15th largest and most popular marathons in the United States. The annual event attracts Olympic Trials qualifiers, Boston Marathon qualifiers, and personal PR seekers. Regularly ranked as a top Boston Marathon qualifying event, over 27% of the field met their Boston qualifying standard in 2021, resulting in the 5th most qualifiers of any marathon in the U.S. This year’s field includes participants from all 50 states and 12 countries, including Australia, Germany, Costa Rica, Mexico, and Norway.

“The excitement and interest from the running community in this event continues to be extraordinary, resulting in sold-out fields again this year,” said Jed Cornforth, Executive Director of Beyond Monumental, “It’s a testament to our community partners, sponsors, volunteers, City of Indianapolis and the surrounding central Indiana communities.”

As the title sponsor of the event for the seventh consecutive year, CNO Financial Group’s commitment to health, wellness and the central Indiana community aligns with Beyond Monumental’s organizational mission to educate Indianapolis youth on the benefits of exercise, proper diet and healthy living. The sponsorship has provided significant growth opportunities for the upcoming November event.

A full schedule for race weekend can be found Here.

Beyond Monumental provides the Indianapolis community with a complement of activities built around their premiere event that promotes healthy living & fitness for all ages. Beyond Monumental gives back to the Indianapolis community by supporting youth programming that reinforces healthy lifestyles for young people, with an emphasis on working with urban students and Indianapolis Public Schools, donating nearly $1.4 million in 13 years. The CNO Financial Indianapolis Monumental Marathon is a top 15 marathon in the US and is nationally recognized by Runners’ World as one of “Ten Great Marathons for First Timers”. The 15th annual running is scheduled for Nov. 5, 2022. www.beyondmonumental.org

View all Releases by MonumentalMarathon