(Turnhout, Belgium) /ENDURANCE SPORTSWIRE/ – Classified, the company helping cyclists enjoy their time on a bike more with game-changing shifting technology, has continued a string of top placings in America’s toughest gravel events by finishing sixth under Canadian Rob Brittion at Unbound Gravel in Kansas this past weekend. Britton’s placing at Ubound comes after his win in the Belgian Waffle Ride’s ‘Wafer’ contest in May where he relied on the quick shifts and simplicity offered by Classified’s Powershift system. Next up, Britton has his eye on a secret FKT attempt in mid-June.

“When we started Classified we knew Powershift technology could make a difference at the highest levels of the sport,” said Mathias Plouvier, CEO of Classified. “With Rob’s placings in the most difficult gravel events on the calendar as well as investments from some of the most demanding professional racers including Tom Boonen, Anna Van der Breggen, Andre Greipel and Marcel Kittel, we’ve started to realize that vision. Now our focus is to replace as many front derailleurs as possible with our Powershift technology.

“I think the first time I’d really heard or seen anything about the Classified Powershift system was probably on a GCN segment about a year ago. But what tuned me in more recently was when my good friend Seamus Magrath called me out of the blue and told me he had some game-changer level tech that I should seriously look into,” said Britton who was quick to spot the competitive advantages that Classified could provide. “There are a few different aspects that really caught my eye, obviously drivetrain efficiency is a big one, as you can run a really clean front end with the 1x system and still maintain a very tight gear ratio cassette in the back. Plus, I love the way the 1x drivetrain looks as well!”

Classified’s Powershift Hub is an innovative 2-speed wireless gearing system that offers the range of a 2x with the reliability and aerodynamics of a 1x drivetrain. It makes it possible to instantaneously change from one gear to another, under full load and on any terrain. Riders can purchase a complete Powershift system (including Classified wheels) to retrofit to most current bikes.

Classified’s Powershift system is available from over 20 bicycle brands as original equipment and can be purchased at more than 300 dealers in Europe and North America. This week Classified announced that Allied Cycle Works is offering their ABLE high performance gravel bike with the Powershift. More manufacturers will be announcing Powershift equipped models throughout the rest of the year.

Classified’s mission is to provide next level experiences in the cycling ecosystem by providing game-changing shifting technology. Classified is the Belgian cycling company behind the innovative Powershift technology, replacing the functionality of the front derailleur. Powershift is incorporated in the rear hub and enables you to change gear instantaneously, under full load, with uncompromised ratio coverage and gear steps. Classified has developed its own world class carbon wheelsets, specifically designed to complement the Powershift hub. Classified’s product range is available from selected bicycle manufacturers and through a network of certified dealers. 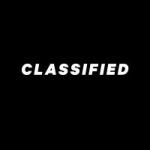 View all Releases by InGoodTaste