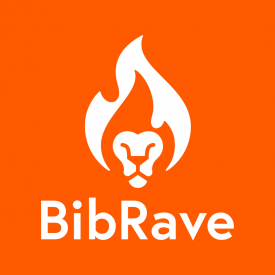 Montag first joined Team BibRave in 2014 as a volunteer when the organization was still a start-up. Julia’s unparalleled level of client service and project management skills have continuously over-delivered for BibRave partners and team members.

“I’m excited to continue growing with BibRave,” said Montag of her new role. “I’ve seen BibRave’s dedication to innovation and evolution first-hand, and it’s shaped who I am as a professional. I can’t wait to help lead BibRave’s continued growth in the years ahead.”

Julia has held almost every single position at BibRave since its inception, from community management and account management to business development and client services. She oversees BibRave’s largest brand partnerships, including influencer and ambassador programs as well as strategic campaign management for clients such as Brooks Running, AfterShokz, and Gatorade Endurance.

“Julia has been a critical part of Team BibRave since we hired her as employee number one,” said Tim Murphy, Co-Founder of BibRave. “She deeply embodies BibRave’s core values, and her dedication to our company, team, clients, and projects are part of what makes her an invaluable part of this organization.”

BibRave is also a consumer-facing running community that educates runners on the best races to run, the best gear to use, and the hottest running tech. The BibRave Ambassadors are a nationwide network of micro-influencers that race, try new gear, and support each other across the country. BibRave’s monthly Twitter chat – #BibChat, The BibRave Podcast, BibRave.com, and The BibRave 100 are other tools that serve the endurance community with information, advice, and inspiration.