Tune In: New Season of Quest For The IRONMAN World Championship Fueled By Gatorade Endurance To Air Tuesday, July 19 on IRONMAN YouTube Channel 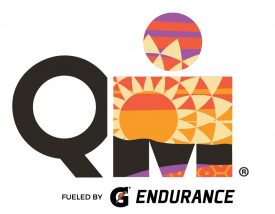 Each episode will take you behind-the-scenes, highlighting the journey athletes take on their quest to qualify for the most iconic endurance event in the world – the IRONMAN World Championship

TAMPA, Fla. (July 18, 2022) /ENDURANCE SPORTSWIRE/ – IRONMAN announced today that the latest season of Quest for the IRONMAN World Championship fueled by Gatorade Endurance will air on the IRONMAN YouTube channel starting Tuesday, July 19. Each episode will take viewers behind-the-scenes to highlight the journey athletes take on their quest to qualify for the most iconic endurance event in the world – the IRONMAN® World Championship. The ultimate test of body, mind, and spirit, the IRONMAN World Championship is the culmination of 40 global IRONMAN events with over 94,000 athletes around the world striving for one of the coveted qualifying slots each year.

The sports documentary series profiles triathletes from around the world as they compete in IRONMAN. Throughout the series, athletes evolve physically and emotionally as they pursue their goal of competing among the best in the world at the IRONMAN World Championship.

Quest for the IRONMAN World Championship fueled by Gatorade Endurance takes aspirational athletes and puts their mission front and center, inviting viewers to experience the personal highs and lows of each pursuit. Each episode will chart the journey of an IRONMAN World Championship hopeful, capturing the breathtaking scenery, local culture, and unique athletic challenges that each IRONMAN race setting presents. While not every athlete may ultimately gain entry to the most iconic endurance event, each will show that IRONMAN racing is about persevering, enduring, and being a part of something larger than themselves, while finding their personal finish line and proving that ANYTHING IS POSSIBLE®.

Cody Beals – is a professional triathlete hailing from Guelph, Ontario, Canada. Cody had an exceptional season in 2019, but the pressures of racing at the top level, an injury, and challenges associated with Covid-19 have seen Beals’ career stall. His drive to get back to the IRONMAN World Championship remains, however. He had been all in on qualifying for the 2021 Intermountain Healthcare IRONMAN World Championship presented by Utah Sports Commission, but despite several attempts, he was still searching for one of the coveted pro spots going into the 2021 IRONMAN Coeur d’Alene, his fourth and final chance to make it to the IRONMAN World Championship. “I feel like I can bring something special on an IRONMAN course, so now I’m here,” said Cody leading into IRONMAN Coeur d’Alene. “I have no excuses. I’m fit and healthy, and I think racing from a place of gratitude is just about the best emotion you can carry forward on the race day.”

Clarice Chastang – A resident of Virginia Beach, Virginia, Clarice Chastang is the only professional Asian-American woman on the pro circuit and wants to bring more diversity to the sport. The opportunity she has to inspire young girls is what drives her in every training session and through each race. “Every time I’m out on that race course or whenever it gets tough, I think about a little Asian girl that was in the same exact shoes that I was in when I was younger; being bullied, not thinking that they had a place in this world, especially in sport,” said Clarice. “Hopefully I can be a role model and they can follow in my footsteps one day.” Clarice earned her pro card at the 2020 edition of Visit Panama City Beach IRONMAN Florida, winning her age group in a time of 9 hours, 44 minutes. Besides being a pro triathlete and a coach, Clarice is also a recreation therapist, providing support to individuals dealing with substance use disorder. She set her sights on Certified Piedmontese IRONMAN Tulsa, her pro IRONMAN debut, to punch her ticket to the world championship.

Venus Cooke – A physical education teacher in New York City, New York, Venus Cooke is passionate about sharing the IRONMAN lifestyle with her students and community. She wants her students to know that with hard work and self-belief, Anything Is Possible for them, too, and has invited triathletes like Rudy Garcia-Tolson to speak to her class. The daughter of a Puerto Rican mother and Jamaican father, Venus straddles two cultural experiences and identities, and is a champion of broader inclusivity in triathlon. After the devastating loss of her father, Venus races in tribute to his positive attitude and strong work ethic. “IRONMAN has really changed who I am as a person,” she said. “I am so much stronger than what I was… I was emotionally broken when my father passed and when I got into IRONMAN, it gave me that confidence.” At the 2021 ViewSport IRONMAN Lake Placid, Venus raced in hopes of qualifying for the IRONMAN World Championship in her 35-39 age-group.

Andrea Hirth – After the birth of her second daughter in 2002, Andrea Hirth of Pleasant Prairie, Wisconsin, was encouraged by a college friend to train for a local all-women’s Sprint triathlon as a way to regain fitness and have some fun. She had no idea that this experience would be the springboard to 11 IRONMAN finishes and qualification for the 2021 Intermountain Healthcare IRONMAN World Championship presented by Utah Sports Commission. In contrast to the other featured athletes in this season’s Quest for the IRONMAN World Championship, we meet Andrea after she has already qualified for the 2021 IRONMAN World Championship. While Andrea has plenty of experience in full distance IRONMAN events, she knew the St. George course, elements, and competition would test her like nothing she’d ever experienced on race day. But as she tells the athletes she coaches, the first step to accomplishing any goal is to dare to dream. Our cameras followed Andrea to document her first IRONMAN World Championship experience and a race day that unfolded in ways she could have never imagined. “If it doesn’t challenge you, it doesn’t change you,” said Andrea pre-race. “And that’s exactly the journey I’ve been on.”

Noel Mulkey – Not long ago, Noel Mulkey of Tulsa, Oklahoma, was living a very different lifestyle. At the height of his drug addiction, Noel was pawning his mother’s jewelry and forging checks to feed his heroin dependency. After a personal reckoning and finally getting clean, Noel took up triathlon, and it gave him the fresh start, and the purpose, he so desperately sought. He began documenting his recovery journey as a way to inspire others to chase their own goals and get fit. In quick order, Noel began amassing a huge following on social media by people who appreciated his openness about the ups and downs of getting clean and reinventing himself as a triathlete. Today, Noel has more than a million followers on TikTok and 70,000 on Instagram. Noel raced the 2021 Certified Piedmontese Beef IRONMAN Tulsa triathlon with the objective of securing one of the few qualifying spots available for the men in his 25-29 age group. “I’ve put my heart and soul into getting ready for Tulsa, and there is no better high than crossing the finish line,” said Noel.

For more information on the IRONMAN brand and global event series, visit www.ironman.com. Media inquiries may be directed to press@ironman.com.

Gatorade Endurance, a division of The Gatorade Company under PepsiCo (NASDAQ: PEP), is a line of sports nutrition products created specifically to meet the demands of endurance athletes during longer, more intense training and racing. Grounded in years of hydration and sports nutrition research conducted by the Gatorade Sports Science Institute (GSSI), Gatorade Endurance products deliver the critical fluids and nutrients endurance athletes need during training and racing. For more information on Gatorade Endurance and other Gatorade products, please visit www.Gatorade.com.

About the IRONMAN World Championship

Since its inception in 1978 on the Island of O`ahu, the IRONMAN World Championship has etched its name in history through stellar performances, inspirational participants and emotional memories. In 1981, the race moved from the tranquil shores of Waikīkī to the barren lava fields of Kona on the Island of Hawai`i where it continues to take place to this day. The race now sees over 2,500 athletes embark on a 140.6-mile journey that presents the ultimate test of body, mind, and spirit to earn the title of IRONMAN World Champion. The most iconic one-day sporting event in the world is the culmination of 40 global IRONMAN events with over 94,000 athletes around the world striving for one of the coveted qualifying slots. The 2021 edition of the event took place in St. George, Utah in May 2022, becoming the first location to host the event outside of Hawai`i since its origins in 1978. After a two-year hiatus from Hawai`i due to COVID, the race returns to Kona and takes place as a two-day event in October for the 2022 edition of the IRONMAN World Championship. For more information, visit www.ironman.com/im-world-championship.

The IRONMAN Group operates a global portfolio of events that includes the IRONMAN® Triathlon Series, the IRONMAN® 70.3® Triathlon Series, the IRONMAN® Virtual Racing™ (VR™) Series, 5150™ Triathlon Series, the Rock ‘n’ Roll® Running Series, the Rock ‘n’ Roll Virtual Running™ Series, IRONKIDS®, World Triathlon Championship Series, premier running events including the Standard Chartered Singapore Marathon™ and The Sun-Herald City2Surf®, UTMB® World Series events including Tarawera Ultra and Ultra-Trail Australia™, Epic Series™ mountain bike races including the Absa Cape Epic®, road cycling events including Haute Route®, and other multisport races. The IRONMAN Group is the largest operator of mass participation sports in the world and provides more than a million participants annually the benefits of endurance sports through the company’s vast offerings. Since the inception of the iconic IRONMAN® brand and its first event in 1978, athletes have proven that ANYTHING IS POSSIBLE® by crossing finish lines around the world. Beginning as a single race, The IRONMAN Group has grown to become a global sensation with hundreds of events across 55+ countries. The IRONMAN Group is owned by Advance, a private, family-owned business. For more information, visit  www.ironman.com/about-ironman-group.