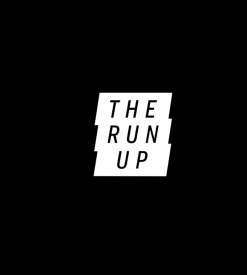 NEWBURY PARK, Calif. (July 21, 2022)/ENDURANCE SPORTSWIRE/ –  The Run Up, an online documentary series aimed at growing awareness and interest in women’s pro cycling, returns Friday, July 22 with the third and final episode of its second season, highlighting the preparation of riders and staff from Trek-Segafredo and Liv Racing Xstra ahead of the inaugural Tour de France Femmes avec Zwift, the most prestigious race in professional women’s road cycling.

“The latest episode of The Run Up will highlight the momentous occasion the first Tour de France Femmes race presents for women’s professional cycling. Finally the women’s peloton gets to show their talent, determination and grit on the roads of the Tour de France,” said José Been, journalist and commentator of The Run Up. “This is the most talked about cycling event of the year, and we’ll go behind the scenes with several contenders for the yellow and white jerseys to see how they are preparing and what it’s going to take to win this race over eight grueling stages.”

Filmed, edited and released in the days immediately before pro cycling’s biggest races, The Run Up gives viewers an inside look at some of the WorldTour’s best teams and riders. Episode three will dive deeper into the personalities of some of the featured riders and invite them to share their excitement about riding in the first women’s Tour de France Femmes. Previous episodes highlighted the Paris-Roubaix Femmes and the Ride LondonClassique.

The inaugural women’s edition of the Tour de France Femmes avec Zwift will begin July 24 before the conclusion of the men’s race. Departing from Paris, France, the eight-stage race will begin on the Champs-Elysees, host of the final stage of the men’s race since 1975 and where the first bouquet will be awarded.

“It’s always been a dream of mine to have our own Tour de France and I’m really looking forward to racing it,” said Thalita De Jong, Liv Racing Xstra rider. “The Tour de France Femmes presents a tremendous opportunity to grow our sport and to elevate women in cycling. Fans of cycling won’t want to miss The Run Up as this next episode will focus on how we are getting ready for one of the pinnacle events in our careers.”

“Trek-Segafredo is thrilled that audiences will be getting an inside look at the preparation for the Tour de France Femmes avec Zwift,” said Ryan Bodge Trek Factory Racing brand manager. “The Tour de France is an incredible platform for the world’s best cyclists to perform, and the preparation that goes into that is second to none. We can’t wait for everyone to meet the riders and see what it takes to race at one of the world’s most demanding stage races.”