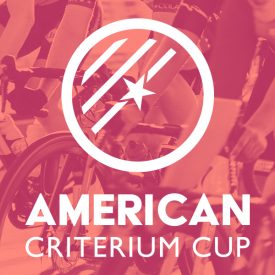 September 7, 2022 / ENDURANCE SPORTSWIRE/ – The American Criterium Cup finale was held this past Saturday at the Bommarito Gateway Cup during the Giro Della Montagna criterium.

After an exciting series comprising ten events, it came down to racing in the rain to determine who our series winners were.

Maggie Coles-Lyster of the DNA Pro Cycling team had a dominant series, leading the overall and sprint categories from the beginning. Winning the first intermediate sprint ensured her lock on the overall and sprint competitions. Andrea Cyr of ButcherBox Cycling p/b LOOK took second in both categories after a series of chasing Maggie. Rising star Anna Christian of Colavita Factor took third overall and won the Under 23 category. Christina Gokey-Smith of Colavita Factor took third in the sprint competition.

On the Men’s side, Project Echelon Racing’s Brandon Feehery went into the last race with a lock on both competitions. Leading the sprint competition from the start, he took over the overall lead after the Salt Lake Criterium. Having a consistent series, Brandon racked up points through high-place finishes and winning intermediate sprint points. Behind him were the races for other podium steps, where Clever Martinez of the Miami Blazers took second place, and Alfredo Rodriquez of Best Buddies Racing took third overall.

Our team race was highly competitive all season, with leadership changing often. Colavita-Factor rode a strong series and ultimately grabbed the team win, followed by Butcher Box and DNA.

Best Buddies took the win for the Men, followed by Project Echelon and Miami Blazers.

Complete series results can be found at https://americancritcup.com/results-standings/