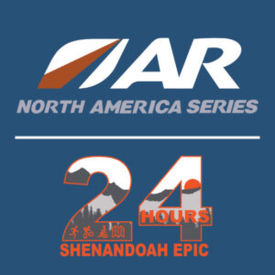 The ARWS North America Circuit is a collection of the best mid-distance adventure races in the Northern Americas region.

The Shenandoah Epic is one of the longest running 24-hour events on the East Coast and has sold out at 300 participants over the past 2 years. Adventure racers can expect a full 24 hours of trekking, biking, paddling, and navigating through the Shenandoah Valley and Massanutten Mountain Range. The Shenandoah Epic starts on April 15, 2023.

“I have worked closely with the AR World Series in the past, hosting several qualifying events and the first-ever world championship in the United States, as well as being a referee.  ARWS is a top-notch organization, helping with the promotion, branding, and legitimacy of the sport of adventure racing,” said Mark Harris, the Race Director of the Shenandoah Epic.

“It is great to see global promotion of the sport through shorter events like the Shenandoah Epic, alongside the multi-day expedition races that ARWS has been well known for in the past. We are thrilled to be part of this new series and excited to see how it can help the growth of the sport in the US and around the world.”

Welcoming Shenandoah Epic to the series, ARWS CEO Heidi Muller said, “We are delighted to be working with Adventure Enablers and to have the Shenandoah Epic as part of the new ARWS North America series.  Margo and Mark are former Adventure Racing World Championship organizers and the Epic is one of the most popular 24 hour races in North America, so it is a perfect fit for the new series.”

More information about the AR World Series can be found at their website at https://arworldseries.com

More information on the Shenandoah Epic and links to registration can be found on the Adventure Enablers web site at www.AdventureEnablers.com

Any question regarding the event can be sent to info@adventureenablers.com

With over a decade of event experience and complementary equipment and logistics skills, the Adventure Enablers team partners with Race Directors, charities, property owners, businesses, cities, and states, to bring high-quality and fun events that are, endurance-based, goal achieving, and adventure enabling.

About the Adventure Racing World Series

The Adventure Racing World Series unites in competition the world’s best endurance athletes at the premiere adventure races around the world.

There are currently 64 races in the Adventure Racing World Series, with regional races in North America, South America, Europe, Africa, Asia, the Middle East and Oceania. All teams taking part are included in the ARWS world and regional rankings.

View all Releases by Mark Harris