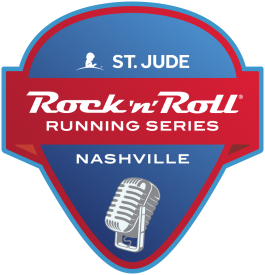 NASHVILLE, Tenn. (April 23, 2022) /ENDURANCE SPORTSWIRE/ – The Rock ‘n’ Roll Running Series made its return to Music City, USA for its traditional springtime event. The musically themed event provided over 21,000 registered runners and walkers alike with an unforgettable running tour of Nashville, Tennessee and the surrounding areas showcasing all that Nashville has to offer. During the 2022 St. Jude Rock ‘n’ Roll Nashville Marathon, it was Ryan Martin (Tampa, Fla.) coming home victorious for the men clocking a time of 2:41:25. Sidney Hirsch (Omaha, Neb.) was the women’s winner with a final time of 2:59:57.The third event in the Rock ‘n’ Roll Elite™ half marathon series took part at Rock ‘n’ Roll Nashville with Nick French (Nashville, Tenn.) and Jane Bareikis (Crestwood, Ill.) topping the podium.

Elite runners and fast times aside, the weekend’s events were all about the party atmosphere. Several local bands, including Jillian Cardarelli, Lance Carpenter, Matt Jordan, Greg Pratt, Chris Shrader and Golden West among many other talented artists from the Nashville community performed live throughout the event weekend. The party wasn’t only on the course – The Struts closed out the day as the Encore Entertainment.

“We are so grateful to the St. Jude Heroes at the Rock ‘n’ Roll Running Series Nashville race who are participating with a purpose — supporting St. Jude families,” said Richard C. Shadyac Jr., president and CEO of ALSAC, the fundraising and awareness organization for St. Jude. “While the individual reasons they ran or walked vary, they are unified by the good they are doing – helping fuel the six-year, $11.5 billion St. Jude strategic plan to accelerate research and treatment for kids around the globe with cancer and other catastrophic diseases.”

The IRONMAN Group operates a global portfolio of events that includes the IRONMAN® Triathlon Series, the IRONMAN® 70.3® Triathlon Series, the IRONMAN® Virtual Racing™ (VR™) Series, 5150™ Triathlon Series, the Rock ‘n’ Roll® Running Series, the Rock ‘n’ Roll Virtual Running™ Series, IRONKIDS®, World Triathlon Championship Series, premier running events including the Standard Chartered Singapore Marathon™ and The Sun-Herald City2Surf®, UTMB® World Series events including Tarawera Ultra and Ultra-Trail Australia™, Epic Series™ mountain bike races including the Absa Cape Epic®, road cycling events including Haute Route®, and other multisport races. The IRONMAN Group is the largest operator of mass participation sports in the world and provides more than a million participants annually the benefits of endurance sports through the company’s vast offerings. Since the inception of the iconic IRONMAN® brand and its first event in 1978, athletes have proven that ANYTHING IS POSSIBLE® by crossing finish lines around the world. Beginning as a single race, The IRONMAN Group has grown to become a global sensation with hundreds of events across 55+ countries. The IRONMAN Group is owned by Advance, a private, family-owned business. For more information, visit www.ironman.com/about-ironman-group.