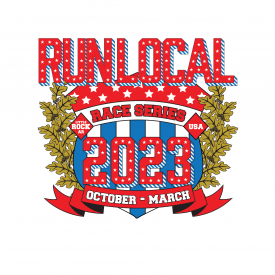 LITTLE ROCK, ARK (August 1, 2022) /ENDURANCE SPORTSWIRE/ – Registration is now open for the Run Local Race Series, which includes three different major races each calendar year. The Run Local Race Series is a Little Rock Marathon-led grassroots health initiative that focuses on promoting the benefits of a healthy lifestyle through movement, be it walking or running.

Participants can complete the series by finishing a race in Creep N’ Crawl (5k, Half Marathon), Ugly Sweater (5k) and a race on Saturday or Sunday of Marathon weekend. Participation in the Run Local series is limited to the first 400 people who register for all three events.

Executive Director and “Chick-in-Charge” Geneva Lamm said the idea behind the three-race series is to keep the community engaged not only with the Marathon, but also with Little Rock’s local parks and to simply encourage people to keep moving throughout the year.

“The Marathon is known as ‘a race for every pace, and we hope people see Run Local as an extension of that,’” Lamm said. “Run Local is about moving, keeping the focus on a healthy lifestyle with the added challenge and reward of earning additional medals along the way, and about being able to brag about completing a race series in Central Arkansas.”

Individuals interested in participating in the series must register for all three events at the same time to be eligible to receive the special Run Local medal at the Little Rock Marathon in March. Registering for each event separately does not automatically enter you into the series. There is no extra charge to be part of the series.

The mission of the Little Rock Marathon is to provide a premier event open to athletes of all abilities, while promoting a healthy lifestyle through running and walking and raising money for Little Rock Parks & Recreation. Since inception in 2003, more than $1.6 million has been donated to Little Rock Parks & Recreation. Little Rock Marathon Race Weekend is held the first weekend in March each year and includes a marathon, half marathon, 10K, 5K run/walk, a children’s mile and a free two-day health and fitness expo. With an estimated $6 million in local spending annually, more than 200,000 individuals have participated in a Little Rock Marathon race, event, or free training program. This has been achieved through school-based programs, community outreach, partnerships with running/walking groups across the country and passionate grassroots promotion.