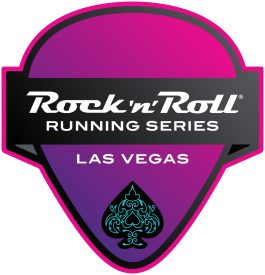 - The one-of-a-kind running experience will take over the Las Vegas Strip on Feb. 26-27, 2022 with new reimagined entertainment and race weekend enhancements - Registration for the half marathon, 10K and Saturday 5K is open at stripatnight.com

LAS VEGAS, Nev. (November 9, 2021) /ENDURANCE SPORTSWIRE/ – Known as the ultimate running party with non-stop entertainment, Rock ‘n’ Roll® Running Series Las Vegas has unveiled the Symphonic Rockshow as its headliner who will be performing at Downtown Las Vegas Event Center, a new venue for the pre-race concert. The reimagined #StripatNight weekend experience takes place Feb. 26-27, 2022 with the downtown 5K and headliner concert on Saturday, Feb. 26, and the half marathon and 10K on Sunday night, Feb. 27.

“Since 2019 we’ve been planning for a reimagined Rock ‘n’ Roll Las Vegas event that takes the best of what this event has offered over the years, and enhance it, including a new direction for entertainment,” said Nicole Christenson, Rock ‘n’ Roll Running Series Las Vegas Race Director and Las Vegas local. “The immersive Symphonic Rockshow and Downtown Las Vegas Event Center are a huge part of the new experience we will be offering to #StripatNight participants. Shifting our Saturday night entertainment options to Downtown Las Vegas expands the event to different parts of the city and brings something completely new to race weekend.”

Symphonic Rockshow combines a classical symphony with a rock band to breathe new life into time-tested classic rock anthems. The five-piece band, led by renown vocalist/producer Brody Dolyniuk, faithfully recreates the music of Led Zeppelin, Pink Floyd, Queen, The Who and many more rock bands with astonishing accuracy, but then adds the power and dynamics of a 21-piece (or larger) orchestra for a truly unique musical experience. The show utilizes a huge video screen, live cameras and state-of-the-art lasers, lighting and multimedia to tell a visual story and bring the audience up close and personal with the musicians onstage.

The one-of-a-kind running experience will once again take over the Las Vegas Strip while passing iconic sights including the ‘Welcome to Las Vegas’ sign, The Fountains of Bellagio and Downtown Las Vegas, with an electric finish line unlike any other in the world ending mid-Strip at the Volcano at The Mirage Hotel & Casino. The race will bring the spirit of Las Vegas out of the casinos and onto the course in 2022 with a mix of DJs, traditional band stages and new spectator party locations. Also new next year is the 10K start line, which will now be in the center of the action at the Start Line Festival area where the half marathon starts.

The three-day Health & Fitness Expo, where runners pick up their race packet, will feature DJs and an emcee to interact with participants, non-stop music, live entertainment, numerous photo opportunities including art installations and life-size marquee letters and more.

To register or learn more about Rock ‘n’ Roll Running Series Las Vegas, please visit www.stripatnight.com. To request a media credential or for other media related inquiries, reach out to press@runrocknroll.com.

Advance is a private, family-held business that owns and invests in companies across media, entertainment, technology, communications, education, and other promising growth sectors. Our mission is to build the value of our companies over the long-term by fostering growth and innovation. Advance’s portfolio includes Condé Nast, Advance Local, Stage Entertainment, The IRONMAN Group, American City Business Journals, Leaders Group, Turnitin, 1010data and Pop. Together these operating companies employ more than 17,000 people in 29 countries. Advance is also among the largest shareholders in Charter Communications, Discovery and Reddit. For more information visit www.advance.com.

View all Releases by IRONMAN PR

Study finds reverse running to be a fitness trend in 2022