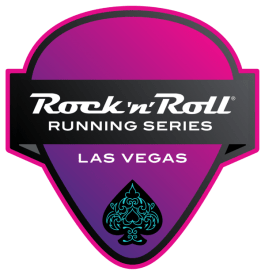 Runners and walkers of all ages, abilities, and backgrounds took on the 2022 Rock ‘n’ Roll Las Vegas 5K on Saturday night. Erik Chazin (27-year-old from Scottsdale, Ariz.), claimed top honors in the men’s field with a time of 16:54, while Itzel Bautista Frias (29-year-old Mexico City) took home the top spot in the women’s field, crossing the finish line in 18:25.

The twilight event provided the perfect setting for friends and family to be part of the Rock ‘n’ Roll weekend with bright lights and music. The entertainment and celebrations were non-stop at Downtown Las Vegas Event Center, where the Symphonic Rockshow had participants finding the Beat in Their Feet™ through music’s biggest rock hits with a twist. Led by vocalist & producer, Brody Dolyniuk, this one-of-a-kind show featured a full rock band and over 20-piece orchestra.

All the excitement from Saturday night’s events were just a warmup for the return of the world’s largest nighttime running event and the only private event to shut down the Las Vegas Strip at night. After a two-year hiatus due to the pandemic, participants in the half marathon and 10K will have the once-in-a-lifetime opportunity to run on the famed Las Vegas Boulevard. The weekend of events has welcomed over 35,000 registered participants of all levels for a combination of music, running and everything the Las Vegas community has to offer all culminating on Sunday night.

Pre-sale registration for all distances of the 2023 edition of the Rock ‘n’ Roll Running Series Las Vegas is now open online through March 6, 2022 by visiting, www.stripatnight.com. Special pre-sale pricing will be at the lowest price of the year, at $99 for the Half Marathon, $89 for the 10K and $59 for the 5K. To register for 2023 or learn more about Rock ‘n’ Roll Running Series Las Vegas, please visit www.stripatnight.com.