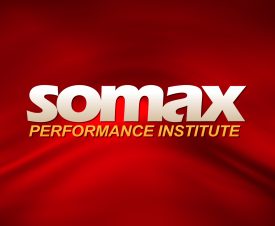 Unmatched aerobic performance increase in weeks instead of years

Chest expansion (how much the chest expands from full exhale to full inhale divided by its circumference), not VO2max, is the major limiting factor in endurance sports like running, cycling, swimming, soccer, lacrosse and tennis.

“Every endurance coach and athlete needs to measure breathing ranges,’ says Prichard, “because 98% of endurance athletes have chest restrictions that have reduced their lung capacity up to 33%, preventing them from optimally filling their lungs with fresh air and oxygen during training and competition.”

“Researchers have made the mistake of just looking at the physiological aspects of fitness and, as a result, have overlooked something as simple as how much the stomach, diaphragm and chest expand during the deep breathing encountered during competition,” explains Prichard. “Instead, we have measured chest expansion in all our athletes before and after we released microfibers around the stomach, diaphragm and chest.  We have been surprised by how constricted elite athletes are in their chest and how flexible they can be.”

Prichard measures the circumference of the stomach, diaphragm and chest, then measures how much each area expands from full exhale to full inhale and finally divides each expansion by its circumference to get a size-adjusted range.

The top 2% of endurance athletes expand 15-20% of their circumference.  The biggest expansion Prichard has measured was 9” in a national record holder.

Most endurance athletes expand only 2-3” or 5-10% of their circumference.  As Prichard doubled their expansion,  their lung capacity increased up to 33% and their performance skyrocketed.

“We have found that chest expansion must be at least doubled to have any aerobic impact, which is why yoga or stretching alone do not make much of an impact on lung capacity,” explains Prichard.  “The one six-week yoga study we found recorded an increase in chest expansion of only 18%, while our Microfiber Reduction program has increased chest expansion from 100-1,000% in just four weeks.”

Here are a few examples of his athletes’ results:

For endurance athletes under 30, the most common source of chest tightness is carrying a school backpack.  8 studies from around the world have documented that wearing a school backpack reduces lung capacity up to 40%.  Prichard has found this becomes permanent unless the resulting microfibers and tension are released.  Other causes of chest tightness include bench presses, core work (sit-ups, crunches), impacts to the chest and stomach, bike and auto accidents, early allergies, bronchitis, pneumonia, trunk surgeries and screen apnea (breath-holding while texting and using a computer).

More information on Microfiber Reduction can be found on the Somax website www.somaxsports.com

View all Releases by Bob Prichard