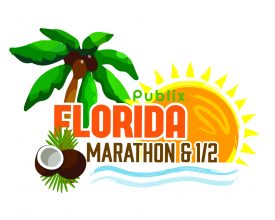 The Florida Marathon Weekend is the largest participant sporting event in Melbourne and one of the three biggest endurance running events in all of Central Florida. A Space Coast Signature race, the running weekend features a 5k, 10k, half-marathon and Boston Marathon-Qualifying marathon.

The race annually draws thousands of runners from throughout Florida and the Southeast and has been named by Runner’s World Magazine as “One of America’s Top 10 Bucket List Waterfront Races.”

“We are thrilled to bring Phocus in as presenting partner for this year’s Publix Florida Marathon Weekend,” Race Director and Smooth Running Principal Mitch Varnes said. “Their refreshing wellness beverages perfectly match our event, and we think our runners will love them. Their role as our presenting sponsor perfectly complements our longtime title sponsor, Publix Supermarkets.

Consumers can find some of Phocus’ most in-demand flavors — including Blood Orange and Peach – at one of the more than 750 Publix stores where Phocus naturally caffeinated sparkling water is sold.

“We are enthusiastic about our newest partnership with Publix via the Publix Florida Marathon Weekend Fueled by Phocus,” Phocus Chief Executive Officer Todd Creek said. “We are putting a priority on our Florida consumers, and our involvement in this running event is another step toward our long-term commitment to the region.”

The Publix Florida Marathon Weekend is produced by Smooth Running, LLC, the producer of many of Central Florida’s most iconic distance running events and triathlons.

View all Releases by mitchvarnes