National Champions, World Champions and Olympians Will Be Competing at The Into The Lion’s Den Powered By SRAM Women’s Race 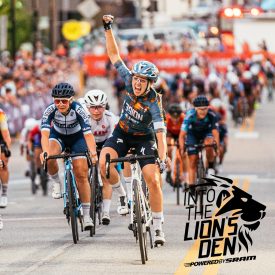 TOP U.S. AND EUROPEAN WOMEN’S RIDERS WILL GO TOE-TO-TOE ON THE STREETS OF DOWNTOWN SACRAMENTO ON OCTOBER 30TH

Women’s riders from the top international and U.S. cycling teams will compete for the largest Women’s prize purse in U.S. criterium racing history. Seventeen teams featuring Olympians, World Champions and National Champions will be sprinting around the Capitol grounds chasing the $50,000 prize purse.

“Spectators will be inspired by the women’s field on October 30th. Into the Lion’s Den powered by SRAM has one of the best women’s crit fields competing on U.S. soil in years,” said Justin Williams, top U.S. Road racer, founder of Into the Lion’s Den and L39ION of Los Angeles. “We are proud to give the top U.S. riders the opportunity to test their abilities against women who just competed in the Tokyo Olympics and the recent Road World Championships.”

“I’m excited to show the world what U.S. crit racing is all about. My season was over after the Road World Championships but I added Into the Lion’s Den to my calendar because I grew up racing criteriums and want to give back to that style of racing. And of course, I love racing on home soil and in front of my home-state California fans”, said Coryn Rivera (Tustin, CA – Team DSM), 2020 U.S. Olympian and 72-time National Champion.

“Team SD Worx is excited to send a few of our best over from Europe to race on U.S. soil. As a program, we are always looking to connect with our fans and to showcase our athletes on worldwide stages. We look forward to contesting the battle that will unfold on the streets of Sacramento during the Into the Lion’s Den presented by SRAM race” said Jack Seehafer, Team SD Worx Director Sportif.

Full Women’s and Men’s rosters will be released on October 29th.

For more information on the event, visit: intothelionsdencrt.com 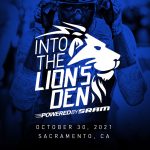