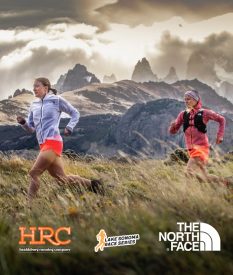 /ENDURANCE SPORTSWIRE/ – The 15-year-old Ultra Community and Charity Race series kicks off this weekend in April with more sponsors, runners, but the same “old school” vibe.  The wine country setting, and vineyard workers kids’ scholarships are the “why” and the “how” reflects the farm community hospitality and the new leaders like Gina from Trail Sisters and Keira, one of the most experienced female race directors in Southern California.

There’s been a lot of buzz lately about the recent UTMB/Ironman partnership, and while some events aren’t thrilled with the news, the Lake Sonoma Race Series sees the merger as an opportunity to differentiate itself from corporate European mega-events.

Keira Henninger, race director for the Lake Sonoma 100K and 55K sees no reason that larger events and smaller ones can’t coexist.

“As a former professional, I see the value in a more regular race schedule with a clear crown jewel at the top of the sport.  This will allow the top pros to earn a living and know exactly what it will take to gain entry into the top event.  But there will always be a place for smaller, community-based events that highlight amazing terrain, support the local economy, and welcome new athletes to trail and ultrarunning.”

The Lake Sonoma Race Series has grown exponentially from a single day event that was originally envisioned as a Western States tune up by former WSER president.  The Series now includes the classic 50-Miler and a brand-new Marathon in April, plus the Western States qualifying 100K and the inaugural 55K in May.  Add that to the Women’s Half-Marathon, the Rosé Mile, and unique Trail-Tri that are being organized and this isn’t “just” a local race anymore.  It’s a world-class racing destination series that supports Sonoma County, local charities and thrives on new trail runners.

LSRS Director Skip Brand is eager to keep the small-town race feeling alive and well in Sonoma County in the wake of the “Ironman-ization” of the growing Ultra-running community.

“The Lake Sonoma Race Series is working to strengthen its community ties while increasing visibility for our sponsors, charity partners, young gun runners while returning to the roots of trail and ultrarunning.”

There’s room for local events to grow as the LSRS expansion and partnerships with The North Face and Altra show.  50-mile and marathon race director Gina Lucrezi has brought in more runners with the national Trail Sisters association and more sponsors, such as GU, HydraPak, Drymax, SunPlus, Buff, Theragun, Coros Global, SunSki, and State Farm, as well as local sponsors like Wilson Artisan Wines, Recology, Healdsburg Beer Co. and Anderson Valley Brewing, which was founded in 1987, the same year that the Lake Sonoma trail system was created.

Grassroots trail festivals like the Lake Sonoma Race Series take a village to create.  From volunteers to sponsors, thanks to everyone who helps make Lake Sonoma a world class destination.