Into The Lion’s Den Powered by SRAM Announces the Fourteen Men’s Teams Competing on October 30th in Sacramento, CA 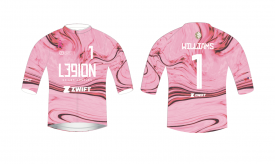 THE MEN’S RACE WILL FEATURE A NEW TEAM FORMAT WITH RIDERS COMPETING FOR ONE OF THE LARGEST PRIZE PURSES IN U.S. HISTORY

SACRAMENTO, CA (October 14, 2021) – Spectators will experience a new and exciting City Team format at the inaugural Into the Lion’s Den powered by SRAM. The men’s race will feature teams representing cities instead of their traditional trade teams. Each rider will wear a unique jersey showcasing their City Team, last name and an oversized individual number for fans to easily identify and cheer on their favorite riders.

“Racers will have an opportunity to compete for the largest equal prize purse in U.S. crit history,” said Justin Williams, top U.S. road racer, founder of Into the Lion’s Den and L39ION of Los Angeles. “Fans will witness a new format of racing in the men’s race. We’re testing out City Teams to create allegiances between fans and their communities. Fans will be able to cheer on teams from their cities or hometowns, just like they do with football and baseball. Plus, they will be able to identify their favorite riders by seeing their last names and team number across their entire backs, just like basketball.”

Full team rosters will be released the week of October 25th. The men’s field will include up and coming stars, plus familiar names, including National Champions and Olympians.

“I was planning on Track World’s being the beginning of a heavy winter track schedule in Europe, but the opportunity to be part of this event and get one more go on the road after a diminished season is something I couldn’t pass up. I’ve grown up racing Justin and Cory in Los Angeles, so coming here and representing the amazing scene that is Southern California cycling through the SoCal Composite team is a huge honor,” said Gavin Hoover, 2020 U.S. Olympian and 4-time National Champion. “I love high intensity, action packed crit racing and believe no one does it better than SoCal, I can’t wait to show that at Into the Lion’s Den. Representing the community that taught me to race my bike, the big prize purse, and what this race means for the sport in the U.S., made it a must for me. I hope the spectators see how much it means to race with full commitment and enjoy the full gas racing that comes from that.”

“The City Team format will create a unique bond between fans, teams and riders”, said Rahsaan Bahati, 10-time U.S. Champion, founder of the Bahati Foundation and Team Director for The Compton Team. “I think Into the Lion’s Den is going to develop fans through community pride and inspire the next generation by showcasing their local heroes.”

The Women’s field will be announced on October 21st. Spectators will see current and former National Champions, World Champions and Olympians go toe-to-toe around the Capitol Grounds on October 30th.

For more information on the event, visit: intothelionsdencrt.com