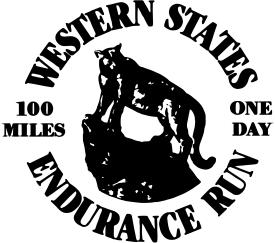 “The Western States Endurance Run is a celebration of human optimization and durability, qualities InsideTracker was designed to help athletes and performance-seekers of all levels unlock,” said Jonathan Levitt, endurance category lead, InsideTracker. “After years of cheering from the sidelines and collaborating behind the scenes, we’re proud to sign on as exclusive performance nutrition system partner.”

InsideTracker has a longstanding history of supporting the ultrarunning community and has seen five user-athletes win the race, including Cat Bradley in 2017 and Magda Boulet in 2015. The company is also partnered with Drs. Megan Roche and Emily Kraus of Stanford, who is leading a multi-year study of the Western States competitor field to uncover predictors of bone stress injury in ultrarunners.

Founded in 2009 by top scientists from acclaimed universities in the fields of aging, genetics and biology, InsideTracker is a truly personalized nutrition and performance system. InsideTracker’s mission is to help people add years to their lives and life to their years by optimizing their bodies from the inside out. By analyzing the body’s data from blood, DNA and fitness trackers, InsideTracker gives a crystal clear picture of what’s going on inside, along with a science-backed action plan for improving your health and becoming your best self. Read our peer-reviewed papers in Scientific Reports and Current Developments in Nutrition.

View all Releases by Heather Hawkins