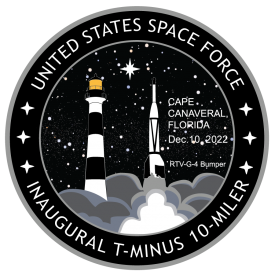 Event pricing can be found at runspaceforce.com/event-pricing. There are savings available for participants who register between May 4 and May 6. Active duty service members, reserve members, Guard members, veterans, retirees and ROTC cadets of all branches will be offered an additional discount of $5 off the in-person event.

This 10-mile race will be a part of the Space Force birthday celebration each year, and will take place surrounded by space launch history at Cape Canaveral SFS. View the course map below to see what historic locations will be showcased during the race.

“Cape Canaveral is quite literally where space launch started for the United States,” said Brig. Gen. Stephen Purdy, Space Launch Delta 45 commander. “We look forward to thousands of runners enjoying stepping through history as they ponder the past, future, and get lost in space as we do.”

This year’s featured rocket is the RTV-G-4 Bumper, which became Cape Canaveral Space Force Station’s first vehicle launched in 1950. The Bumper rocket will be featured on race memorabilia to commemorate its role in U.S. space launch history.

Space Launch Delta 45 serves as the premier gateway to space for the United States, supporting more than 30 space launches in 2021, including the first crewed launch with exclusively private citizens on board. 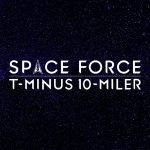