NEW YORK – The popular fall race has officially launched it’s 2021 schedule, with multiple location-based events back on the calendar for its tenth year in action. After being awarded top five “Best Virtual Race Experience” of the decade by the BibRave 100, Gourdy’s Virtual Run has also made its return, now in its sixth year. The race has again teamed up with Girls on the Run for a second year, after raising $230,472 as the National Charity Partner for 2020.

“Girls on the Run is thrilled to be back serving as the National Charity Partner for Gourdy’s Pumpkin Run! Building off the amazing success of our inaugural season, we are ready for another record-breaking year and excited to be able to bring the spirit of our partnership to communities across the US, both in person and virtually. As we close out Women’s History Month, we are honored to announce our continued partnership and highlight Gourdy’s commitment towards empowering the limitless potential of all girls,” said Liz Wian, VP Partnerships and Development at Girls on the Run International.

Keeping up the high hopes for the new 2021 season, Sour Fish Events Co-Founder, Courtney Young, had the following comments, “We are so excited to be bringing Gourdy’s Pumpkin Run back for its 10th season! While we were impacted by last year’s cancellations, we went on to hold a successful Virtual Run. We loved that we were able to stay engaged with all of our participants throughout the season, while raising over $230,000 for Girls on the Run at the same time. This year, we’re looking forward to the return of location-based events, as well as bringing back our Virtual Run for its 6th year running.”

Gourdy’s recorded one of the highest Virtual Runs in the nation last year, pushing through the unpredictability of the 2020 event season with over 71,000 registrants. Registration for Gourdy’s Pumpkin Run launches this Friday, March 26 at 10 AM ET, with more locations expected to launch in the coming months. Additionally, those interested will be able to sign up for volunteer opportunities, where they can earn a free race registration or have a donation made to a charity of their choice.

About Girls on the Run

Based in Charlotte, N.C., Girls on the Run is a nonprofit organization with local Councils in all 50 states. Founded in 1996 with 13 girls, Girls on the Run has now served 2 million girls. Over the course of the 10-week program, girls in 3rd-8th grade develop essential skills to help them navigate their worlds and establish a lifetime appreciation for health and fitness. The program culminates with girls positively impacting their communities through a service project and being physically and emotionally prepared to complete a celebratory 5K event. Girls on the Run is included as a top research-based program in a Social-Emotional Learning Guide developed by researchers at Harvard University and has been recognized by the National Afterschool Association (NAA) as one of the most influential after-school programs.

Gourdy’s Pumpkin Run is a 5K run that has taken place on farms, and in many major cities throughout the Midwest, East Coast, and South for the past 9 years. Runners receive a cup of apple cider and a pumpkin at the finish line, where they celebrate the best of the fall season with their friends and family. Gourdy’s Pumpkin Run also has a virtual option, wherein participants are able to complete the 5K and enjoy fall festivities within the comfort of their own neighborhood, on their own time. For more information, visit www.gourdyspumpkinrun.com beginning Friday March 26th, 2021. 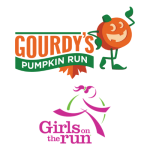 View all Releases by CourtneyYoung

Marathons Are Back: Why Races Are Key for Brands Looking to Extend the COVID-19 Running Boom