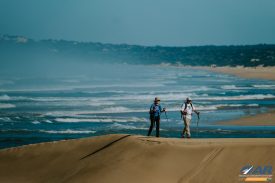 The Adventure Racing World Championship will be held in Africa of the first time next year, and entries open on November 1st

/ENDURANCE SPORTSWIRE/ – The Adventure Racing World Championship will be held in Africa of the first time next year, and entries open on November 1st.

The 700km race will be hosted by Expedition Africa, and the 18th World Championship will be the culmination of next year’s Adventure Racing World Series, which comprises 9 expedition races in Australia, Croatia, Canada, Colombia, USA, Malaysia, Ecuador, the Faroe Islands and Paraguay.

For many teams from around the world Expedition Africa is the highlight of the racing year, and they return to the race again and again. In the previous 10 editions the race has visited most provinces of South Africa, as well as Eswatini, Rodrigues Island in the Indian Ocean and the mountain kingdom of Lesotho, which hosted this year’s race.

The Estonian ACE Adventure Team are regular competitors and they were the winners in Lesotho. Their team captain Silver Eensaar said, “Expedition Africa is a very special event. It’s a race that always delivers great adventure courses in unique terrain and a cultural environment. Above all, it provides a sense of community and love that is different to other races. Expedition Africa is probably the most loved adventure race in the world, and teams keep coming back. They will stage a great World Championship.”

The popularity and reputation of Expedition Africa, plus the draw of World Championship in the toughest and most rewarding sport on earth, will ensure an internet rush when entries open.

Teams can sign up on the race website at www.expafrica.net on Tuesday 1st November. Only one team member needs to complete the online entry form and payment will be taken next year.

Teams will be signing up for a World Championship in which the course will stay open for 9 days from October 19th to 27th. “We’ve never had the course open so long before,” said Race Director Stephan Muller, “but for the World Championship we wanted to allow teams time to enjoy as much of the route as possible and give them every chance to reach the finish line. There will also be two short course options, and if these are taken teams will complete 70% of the full route and still enjoy the highlights of the course.”

The race takes place in the Eastern Cape in the province of Kouga, and Muller said, “We will take teams far away from any human development, to ensure they have a true wilderness experience in unique terrain.

“The Eastern Cape offers that and so much more. It has a comfortable climate in October, a UNESCO World Heritage site, world class game reserves, and a rich culture. It’s an exciting and diverse area, easy to travel to and malaria free. It’s a perfect location for an Adventure Racing World Championship.”

The wilderness Muller requires for his course is plentiful. The Karoo Heartland is dominated by vast, dry plains, the 60,000 square kilometre Baviaanskloof Mega Reserve was recently created a World Heritage Site and the Kouga Wilderness Area is a vast expanse of rocky passes and gorges, indigenous forests, crystal mountain streams and waterfalls.

The Eastern Cape has 800 km of unspoilt coastline for him to choose from, with dramatic cliffs and dunes and some of the world’s best beaches. Wildlife is abundant and the big five (lion, leopard, rhino, elephant, and the African buffalo) are easily spotted at private reserves, such as Kariega Game Reserve, and National Parks like the Addo Elephant National Park.

Heidi Muller of Kinetic Events added, “We will challenge and amaze the best teams in the world with our course, and we expect the new World Champions to finish in 5 days of non-stop racing.

“Teams will have time after the race to enjoy our world class venue at Cape. St. Francis Resort and spend time with family, relax on the beach, or go on safari in the nearby game parks. The whole resort will serve as a race village and community, before and after the race, and that’s an essential part of the Expedition Africa experience.

“Just as important is to give something back to the local people who host our races and our big community project for the World Championship is to construct a play and skate park for local children. We are aiming to have the official opening at the athlete’s flag parade and will ask each team to donate a skate board to the local villages as part of the ceremony. We will publish more details about this soon.”

The race entry includes full logistical support and kayaks, two sets of race maps, airport transfers from Gqeberha (Port Elizabeth), medical back up, live tracking, race clothing and prizes, and the awards ceremony dinner. The course teams will be signing up for will be around 700km, with support for a full 9 days, and it will be a linear route.

Stephan and Heidi Muller complete and plan the whole route themselves, and cover much more territory as they search for new locations, some virtually unvisited before. Their latest trip covered over 1000km and Heidi said, “Every discipline and leg of the race will have a different eco-system as teams travel from the coast to the Karoo and back again!”

She added, “We are excited to welcome teams from all over the world to Kouga and the Expedition Africa World Championships. We can’t wait to see many old friends and also new teams stepping up to expedition racing for the first time, and will give them all a uniquely African race experience in the Eastern Cape. It all starts on November 1st when we open entry. Come to South Africa and join us for the race and trip of a lifetime next October!”

About Expedition Africa and the Adventure Racing World Series

You can find out more about Expedition Africa and enter the 2023 Adventure Racing World Championships at www.expafrica.net

Images from the ARWC 2023 launch event and from course scouting in the Eastern Cape, logos and the launch press release, are available and free for editorial use at; https://drive.google.com/drive/folders/13xBEGK1TGniE6k0rcSxMzG7Ie1WFhZuU?usp=sharing

Interview opportunities with Stephan and Heidi Muller are available on request from media@arworldseries.com

Expedition Africa is proudly supported by; 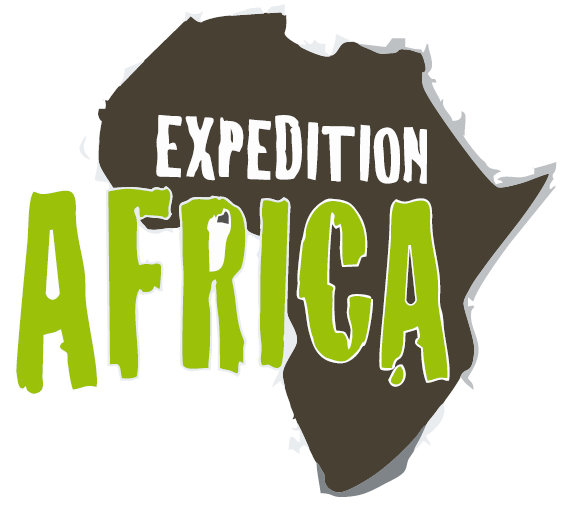