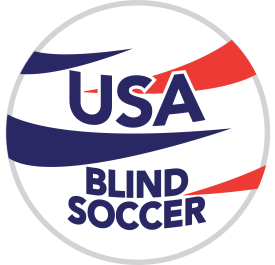 October 26, 2022/ENDURANCE SPORTSWIRE/ – The U.S. Association of Blind Athletes (USABA) is holding a team selection camp, Oct. 27-30, in Chula Vista, Calif., with 13 players with visual impairments and three sighted goalkeepers vying to earn a spot on the first-ever USA Blind Soccer National Team. From that pool of athletes, eight players will join two goalkeepers to form the U.S. team that will begin international competition in 2023, the first step on the journey to competing at the Los Angeles 2028 Paralympic Games.

“By naming this first-ever national team, it allows USABA to continue building blind soccer across the country,” said USABA CEO Molly Quinn. “Having elite-level athletes in the sport provides engagement and empowerment opportunities for both youth and adults.”

“In the next six years, the world’s two biggest sporting events will happen on American soil,” added Quinn. “In 2026, the FIFA World Cup will be played throughout the U.S. for the first time in three decades. In 2028, the Summer Olympic and Paralympic Games will take place in Los Angeles. It will mark the first time that L.A. has played host to the Paralympic Games.”

Thirteen athletes and three goalkeepers will be evaluated during the camp and through video from previous events, with the final team announcement being made on Tuesday, November 1. Leading the camp will be USA Blind Soccer Head Coach Katie Smith (Columbus, Ohio) along with assistant coaches Fil Wilkinson (Mooresville, N.C.) and Ryan Lazaroe (Slidell, La.).

“Earlier this year we held two talent identifications selection camps to get to this pool of athletes,” Smith said. “There is such incredible talent within this group and as coaches, we look forward to seeing the progression the athletes have made since our last camp. With our experienced coaching staff, we are excited to assess the talent level and build camaraderie within this first-ever USA Blind Soccer Men’s National Team.”

The four-day camp includes two scrimmages open to the public and media. Both scrimmages will be held from 4-5 p.m. PDT at the Salt Creek Community Park Soccer Arena located at 2710 Otay Lakes Road. The scrimmages will be overseen by international referees Skye Arthur-Banning (Pendleton, S.C.) and Margaret Domka (Stevens Point, Wis.).

About U.S. Association of Blind Athletes

The mission of USABA is to empower Americans who are blind or visually impaired to experience life-changing opportunities in sports, recreation, and physical activities, thereby educating and inspiring the nation. A member organization of both the United States Olympic & Paralympic Committee (USOPC) and U.S. Soccer, USABA is certified by the USOPC as the national governing body for the Paralympic team sports of goalball and blind soccer. Since its founding in 1976, USABA has reached more than 100,000 individuals through its multi-sport programming. The organization has emerged as more than just a world-class trainer of blind athletes, it has become a champion of the abilities of Americans who are legally blind. In 2022, USABA expanded its offerings of endurance sports events with the launch of its Team Tethered Together program for visually impaired runners and their guides. Learn more at www.usaba.org.