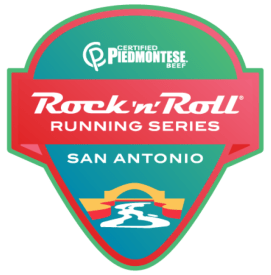 Certified Piedmontese Beef Rock ‘n’ Roll Running Series San Antonio is a truly unique experience and featured a new course this year that took participants through Joint Base San Antonio-Fort Sam Houston and showcased everything that earned San Antonio the name of Military City, USA®. The home of one of the largest populations of active duty military and veterans, the course featured over three miles inside the base before concluding in front of the UTSA Downtown campus.

Several local bands, including the Air Force Band, Alex Moon and the Launch, Momo and Pompa Mariachis and many more performed live on band stages along the route before Ozomatli took the stage at the Bill Miller Plaza at UTSA Downtown as the Encore Entertainment.

The Certified Piedmontese Beef Rock ‘n’ Roll Running Series San Antonio returns to San Antonio on December 2-3, 2023. Pre-race registration for the 2023 is now available with the lowest prices of the year by visiting, www.runrocknroll.com/san-antonio-register.