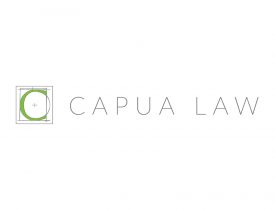 Paul Capua founded Capua Law in 2009 with offices in North Carolina and Florida. Capua Law’s team of attorneys focus on construction, business, and employment law. Cycling is Paul’s other passion. A competitive cyclist since the 1970s, Paul has been a long-time participant and supporter of Gran Fondo National Series events. The Boone Gran Fondo starts and finishes on the doorstep of the firm’s office in Boone, North Carolina and around the corner from its offices in Asheville, North Carolina.

“Reuben and his team work hard to put on exciting cycling events in brilliant locations, and I am proud Capua Law can support their efforts, particularly in Florida and North Carolina,” commented Capua.

Gran Fondo National Series Director, Reuben Kline, added, “Paul and his team have been integral to the success of the Series. Ownership of the Series has changed hands twice in the past five years and since inception of the series we’ve had many contractual relationships.  Since 2013 Capua Law’s representation has ensured smooth transitions and continuity in our operations.”

Paul Capua is an AV Preeminent rated trial lawyer with over 25 years of experience in the trenches of complex construction, business, and employment disputes. Capua and his team of attorneys are licensed in Florida and North Carolina and embody the competitive and passionate spirit of cyclists both on the bike and in their practice.

View all Releases by jimrutberg