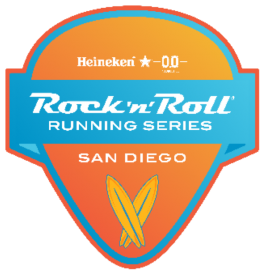 SAN DIEGO, Calif. (Oct. 24, 2021) /ENDURANCE SPORTSWIRE/ – Following an over two-year hiatus, the 23rd edition of the Heineken 0.0 Rock ‘n’ Roll® Running Series San Diego returned this weekend welcoming over 14,000 participants from the ages 12 to 86. In the birthplace of the Rock ‘n’ Roll Running Series, participants took to the scenic course that were lined with cheer squads, local bands and entertainment.

In the half marathon race, Spencer Johnson (San Diego, Calif.) came home victorious for the men clocking a time of 1:06:06. Dante Capone (San Diego, Cali.) was second with a time of 1:07:23 and Roosevelt Cook (Hesperia, Calif.) followed in third place finishing in 1:07:31. Sylvia Bedford (South Jordan, Utah) was the women’s half marathon winner with a final time of 1:16:43 with Kara Roper (Grand Junction, Colo.) behind finishing in second with finishing time of 1:20:24 and Elizabeth Ben-Isha (Pasadena, Calif.) rounding out the podium in 1:21:17.

“It was really nice weather today, as always. The hills hurt, but I live in the area, so I was able to train on them,” said Spencer Johnson, half marathon men’s winner and San Diego native. “I was running a bunch of unofficial solo races during the pandemic, so it’s great to finally be back at an organized event. A lot of my San Diego Track Club teammates were either supporting me on-course or racing, including Dante Capone who placed second.”

“I ran here two years ago and placed third. It’s a really tough marathon course, so I wanted to come back and get revenge on it,” said marathon women’s winner Sammi Groce, who is a San Diego local and Queenstown Public House server. “It was still hard today but I feel stronger than I was two years ago since I started lifting weights during the pandemic.”

Leading runners through San Diego’s most iconic neighborhoods, Sunday’s events took off from the historic start line at Balboa Park and traveled through Hillcrest, North Park and Normal Heights before the marathon broke off from the half marathon just past mile 8. The marathon route also ran through Mission Hills and Old Town before both distances finished downtown at Waterfront Park.

Heineken 0.0 Rock ‘n’ Roll Running Series San Diego welcomed more than 1,000 health care workers to the first corrals at today’s race. The initiative was a small way to say ‘thank you’ to all the health care workers who supported our country and community throughout the pandemic.

Elite runners and fast times aside, Sunday’s events were all about the party atmosphere. Several local bands, including Bobby Tunes, Come Back Buddy, Miss Demeanor, Sonic Tonic, The Surf Birdz, Naruwan Taiko’s Japanese drums, and many more, performed live on band stages along the route interspersed with cheerleaders and crowd support. Runners also enjoy new on-course activations this year with entertainment by local Drag Queens as well as Anchorman and Top Gun impersonators.

Rock ‘n’ Roll Running Series has developed a series of comprehensive Safe Return to Running operating principles prepared in accordance with industry standards for open air participation sporting events including standards from World Health Organization (WHO) and guidance from the IRONMAN Group Global Medical Advisory Board. These Ready to Rock: Safe Return to Running Guidelines empower everyone involved to focus on a safe return to running. With attention to density reduction, touchpoint minimization, enhanced hygiene, screening, and education, as well as self-awareness, the Rock ‘n’ Roll Running Series will continue to deliver a rockin’ participant experience with necessary adjustments so that the participants can race safely, race smart, and race their best.