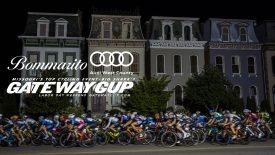 The final stop for the American Criterium Cup series.

Wednesday, August 30, 2022 /ENDURANCE SPORTSWIRE/ – On Sunday, September 4th, our final race in the American Criterium Cup takes place at the Giro Della Montagna criterium, part of the four-day Gateway Cup. The tenth and last stop for the ACC, the Giro became the cornerstone of the Gateway Cup in 1998 and, more recently, has been coordinated by the events group from Big Shark Bicycle Company.

As we head into our last series race, Brandon Feehery of Project Echelon Racing nearly has the men’s title locked up. Clever Martinez of the Miami Blazers could mathematically take the win, but it would require a dose of good luck on his part and some terrible luck on Brandon’s. With 110 points separating, Clever needs to win the race and score sprint points, AND Brandon would have to DNF.

As unlikely as that is, bike racing always has surprises. But regardless of the outcome, Brandon is your Green Jersey winner, leading by 90 points with only 50 available points left. Ethan Craine of Project Echelon Racing will likely take the U23 win.

Maggie Coles-Lyster of DNA Pro Cycling still has some work to do for Sunday to keep the Green, but Maggie is more than capable of getting the 5 points to lock it up. But overall, up 107 points, there’s not a lot of room for her to lose the lead for the Red jersey.

As with the Men’s competition, the Women’s Racing will be for the other podium steps.

What’s not tenuous is Colavita Factor’s Anna Christian’s U23 win. Anna has been having a great season and is one to watch in seasons ahead.

And for the team competitions? They remain close, and it’s a wait-and-see for who brings it to Gateway.

Follow along with the excitement on our live stream, only on OutsideTV. 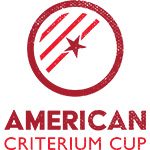