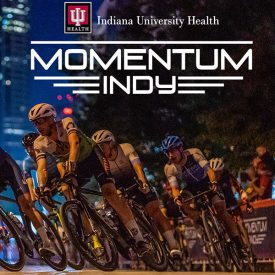 The Mass Ave Criterium, presented by First Internet Bank, will see the return of women’s race leader Maggie Coles-Lyster of DNA Pro Cycling, who has been competing at the Commonwealth Games, as well as the scheduled return of the early leader in the men’s races, Alfredo Rodriquez of Best Buddies Racing, who has been out with injury. Both lost ground in the series during their absences and look for efforts to regain points, especially as Maggie is close to an upset in the sprint competition by Andrea Cyr of ButcherBox Cycling p/b LOOK.

Brandon Feehery of Project Echelon Racing has nearly packed away the red leader’s jersey after Littleton. Won through calculated efforts in earning points throughout the series, Brandon has extended his lead. He’ll be tough to catch with only two races left. The race now seems to be for the other podium steps, and Clever Martinez of the Miami Blazers will make sure that if Alfredo returns, the second step will not change so easily.

With the series ending, and so few points separating our top riders, both races will be exciting to watch.

Follow along with the excitement on our live stream, only on OutsideTV.