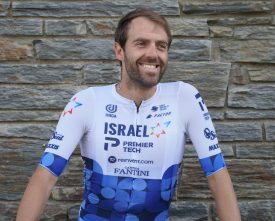 Followers of Alex will note this is not the first time he’s teamed up with Win Your Dream Bike, with the company helping raise thousands for Alex’s charity, Little Bleeder’s, back in April.

Charity sits at the heart of Win Your Dream Bike with every ticket sold raising more money. 1 ticket costs £5 and gives entrants 5 chances to win a prize, including a high-end ‘dream’ bike.

Alex Dowsett announced the partnership on his YouTube channel, and added “After April’s success in supporting Little Bleeder’s, it was a no-brainer to work with Win Your Dream Bike over a longer period. Not only do I love the charity aspect, but also the ‘dream’ aspect. I’ve been fortunate to ride some incredible bikes in my career – a dream come true. I love that through Win Your Dream Bike we can make more bike dreams come true.”

Such prize draws have grown in popularity in recent years with the odds of winning, much better than typical lottery draws. For instance, the chances of winning a prize with Win Your Dream Bike is never worse than 1 in 2000, compared to EuroMillions which is 1 in 139 million.

However much like the National Lottery, Win Your Dream Bike supports a range of charitable causes, having donated thousands of pounds to charities such as Wheels for All, The Bike Network and Qhuebka. This month they’re supporting Blood Cancer Charity, Cure Leukaemia.

Ed Horleston, Marketing Director at Win Your Dream Bike added “Alex is the perfect ambassador for our brand and we’re thrilled that such an inspiring sportsman not only aligns with our values but will be actively promoting what we’re doing. With Alex’s help we’re going to reach many more people, making more dreams come true and of course raising even more for charity”. 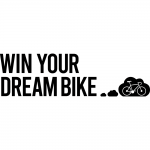 View all Releases by David Birch